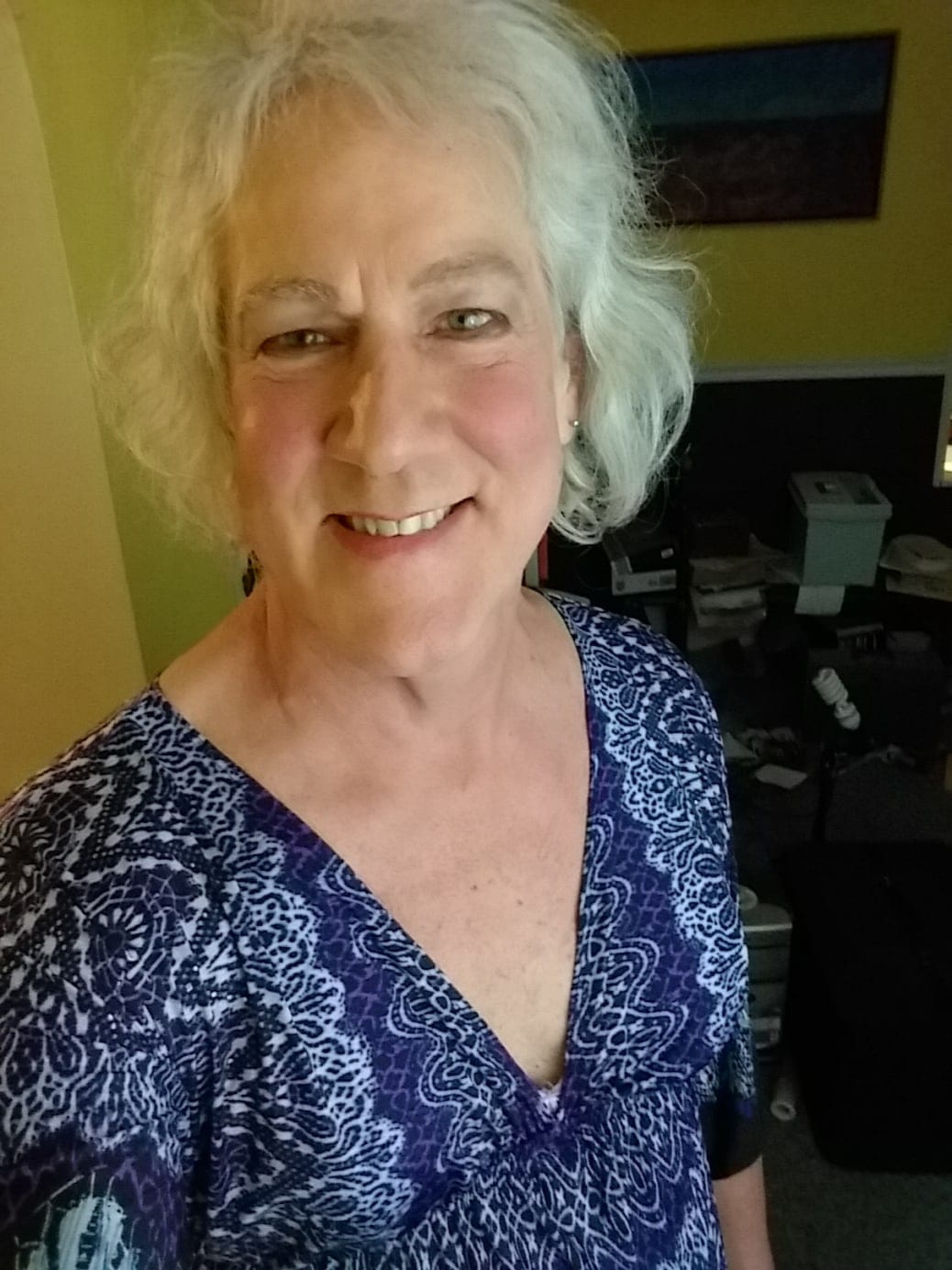 A group of Tibetan monks was travelling through town and came to the Center to talk about themselves, do a meditation, and sell merchandise. As they calmly set the stage and arrived in their orange robes, the audience sat in anticipation. After a brief presentation, the monks opened the floor to questions from the audience. Eventually, someone broached the topic of the monks’ abstinence regarding sex. The lead monk turned to one of the others and asked him to reply to the question. His simple answer was, “If you are in a state of orgasm all day, why would you interrupt it? This is what it is like to be in meditation all day.”

Today, this thought occurred to me as I questioned (for the millionth time!) why I’m dressing and living as a woman. More accurately, why am I enjoying it so much? I put on an outfit and I’m filled with an indescribable feeling.

Is it the putting on the clothes that gives me the internal glow of my feminine self? Is it the material, the feminine cut that triggers these sensations? Or is it my perception of them as the identity of womanhood?

I’ve seen posts in the forum where some wives of transgender folks have said, “It’s just clothes,” in an effort to support the trans person and acknowledge the person within as the one they love. On many levels, when it comes to relationship, this statement is true. Over and over I’ve seen the explanation to partners, “It’s still me! It’s always been me. I’m not a different person just because I’m expressing in the feminine.”

And yet, when I put on the clothes that I’m in the mood for that day, that moment, something comes over me. It’s a feeling of a huge sigh when tension drains from the body. It’s a feeling of the snug bucket seat of an Aston Martin, the anticipation and excitement before you even put the key in the ignition.

It’s more than a sensation that can be attributed to the five senses. It’s a feeling of rightness, a feeling of discovery, a feeling of arriving at the destination that fits me to a tee that I didn’t know was even possible.

I realize that many of my doubts are merely the result of the internalized judgment that I took on and taught myself to keep it all hidden and denied. Sixty years of that constant dialogue is hard to erase. These doubts and questions seem to affirm me in some way. I wonder; if I feel somewhat helpless in the face of these questions if the questioning fails to diminish the serenity and ecstasy, does it mean that what I’m experiencing is unstoppable and legitimate? I find that when I question and question, I turn to a feminine expression that is stronger and clear.

Maybe I can’t erase the doubt, the questions. But I sure as heck can do my best to drown it out. I’m turning up the volume on joy and authenticity! I’m shoving the door closed on those questions and focusing on that orgasmic feeling of being me. Constantly!