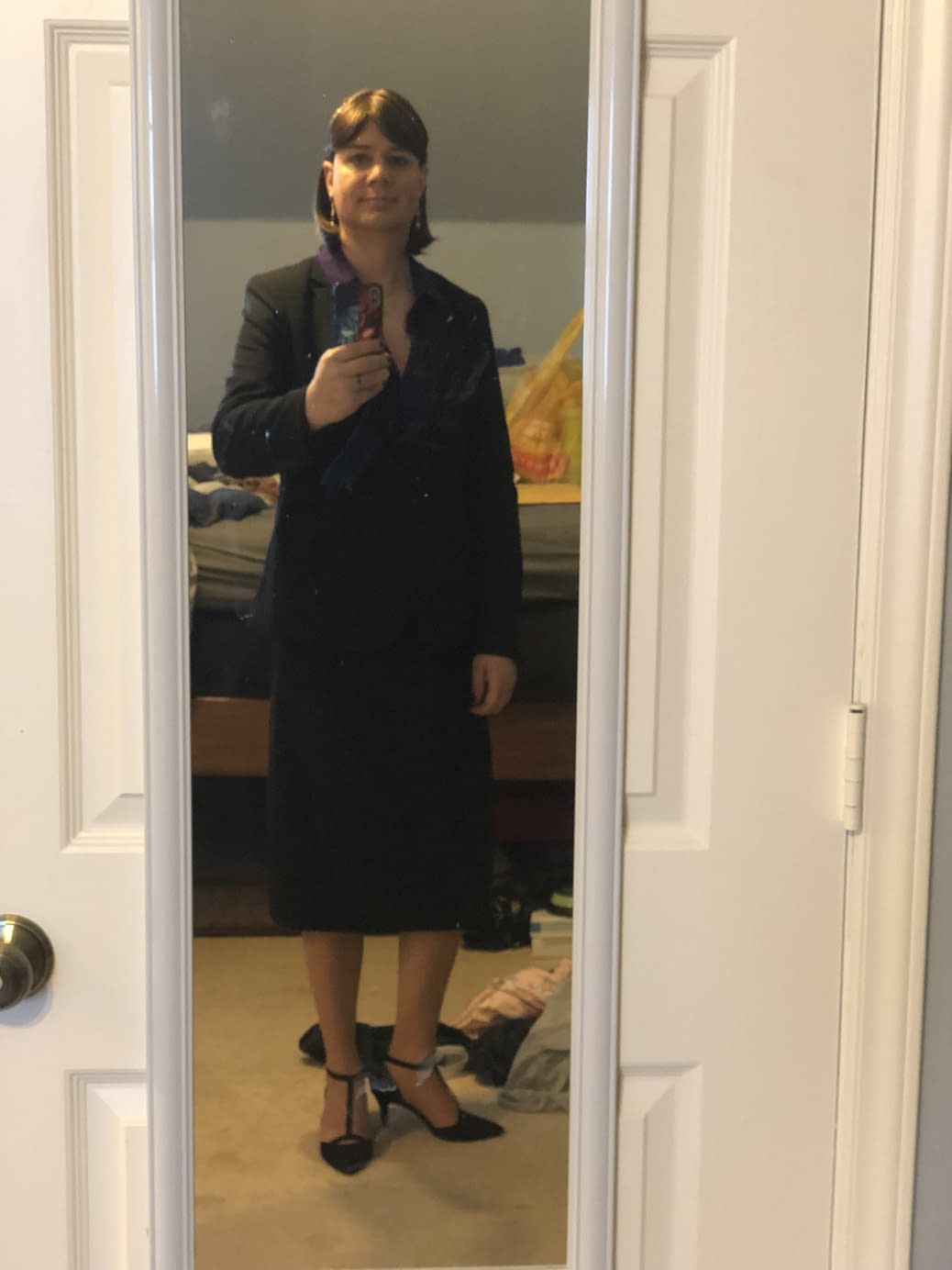 A few months ago, I went to court to testify as part of my job. When I came out full-time, the legal counsel for where I work sent out a memo to all Prosecuting offices in our area, informing them of the name change and everything. I had no trouble testifying. Sometimes, it can be uncomfortable when testifying to reports that were signed by my dead name, but I’ve had no trouble being accepted as Stephanie.

As I was traveling to court this day, I was not expecting anything different. I’d testified as Stephanie in this court before, so I was relaxed in regards to being myself. I was dressed in a burgundy blouse, black suit jacket, black knee-length skirt, and burgundy heels. I looked fabulous.

I got called to the stand to testify. I sat down and began to answer the prosecutor’s questions. I gave my name, educational background, and work history. I then answered questions about my report, describing my analysis. At this point, the prosecutor asked to enter my report. All of this is normal flow. The defense was asked if he had any objections. And this is where it got uncomfortable/funny/odd.

The defense attorney stands and says he has no objection to the report; however, it appears to be signed by a “deadname”.

Speaking out of turn, which in retrospect was not professional on my part, I said that it was my legal name at the time the report had been written.

At this point the defense attorney stops in his tracks, and his face goes blank, as in confused.

I stated I could provide the court with my legal court orders for name change if needed. After a few seconds the defense attorney seemed to snap back to reality and stammered, “No, that won’t be necessary.”

Testimony returned to normal after that as I answered the other questions the defense had, and then I was released.

On my way back from court I got a text message from the prosecutor explaining that the defense attorney was very sorry if he’d offended me, he thought it was a typo and therefore was trying to build an argument based off of that.

I could take the situation in a couple different ways. It was uncomfortable to continue to have to out myself, but this is a reality I have to deal with until I finish testifying to old reports signed in my deadname. Instead, for me it was a validation that I wasn’t able to discern before this.

I’m only about fourteen months into my transition and sometimes I wonder if people see me as the woman I present to be or do they just humor me because it is the polite thing to do. It isn’t like I’m going to ask the cashier at the grocery store if she thinks I’m a woman and out myself. So in this one instance, I got a validation; I was seen as the woman I am.

I called the defense attorney a few weeks later to tell him that I wasn’t offended and how he’d actually paid me a big compliment.

A very good example of how society is slowly realizing that we are woman. I am happy for you.

What a great story. I am so happy for you.

Stephanie , you are my hero . Thanks for your letter , Leslie