Chat | Photos | News Feed | Groups | Forums | Articles
Home / Articles / Emotional Transition / Am I Transsexual? / Am I The Real Me? My Life Story

Am I The Real Me? My Life Story 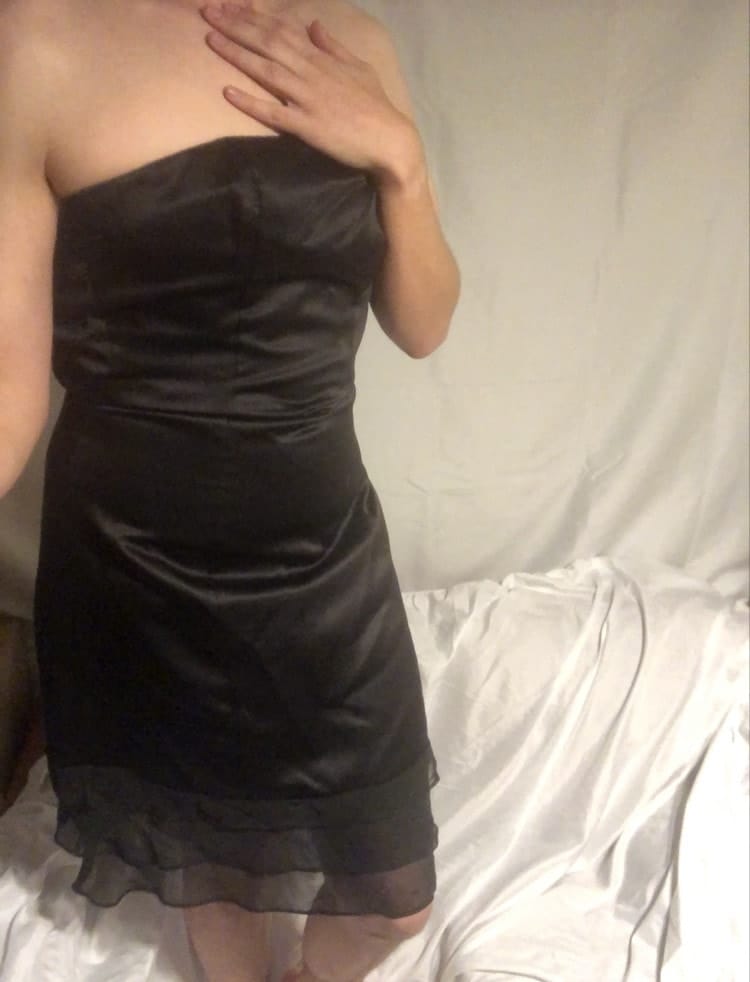 I was a super shy and polite kid. Even now, I refuse to use profanity and always put others’ needs before my own. Maybe that’s my problem. This past year, I’ve been feeling like I’m an imposter. Pretending to be someone I’m not! I wish I could just be me. If I become my true self, will everyone hate and disown me? Sometimes I cry at night thinking about it.

In the early 2000s, I was a cute kid in an extremely strict family. I began having dreams about transforming into a woman. I would wake up feeling both joy and disappointment. My toxic guy friend introduced me to explicit material at a young age, and I became addicted. I believed I was gross, and no one would love an evil person such as me. I would look in the mirror and wish I were a girl. If I could only be the pretty one. It caused me to be withdrawn in school. Secretly, I often watched body-swap movies and loved them, such as Freaky Friday, Disney’s Motocrossed, or Aladdin, because of the wish-granting genie. I only need one wish.

In 2010, in middle school, I wore one of my cousin’s cheerleading outfits playing dress-up. In my excitement to show my parents, they returned my excitement with laughter and gross comments. It broke my heart. I wish I could’ve been who I really was. Then my little sister was born. I was secretly jealous of her for a long time. She could wear whatever she wanted! Today, she is extremely conservative and makes anti-LGBTQ remarks all the time. I know if I say anything, I’ll have some kind of target on my back within my family.

Throughout high school, I would secretly shave my legs and wished desperately to try makeup. It terrified me to think that someone might notice and say something. My aunt gave my mother a large collection of her old clothes, stuffed into 12 garbage bags. She was fairly wealthy and most of the clothes had never been worn. I was so happy. When alone, I would dress a lot. I always put them back properly, so no one would know. My heart stopped one time when a pink top made it into my laundry basket. My mother grabbed it and held it towards me. I’m pretty quick on my feet and said I thought it was my one of my other shirts. They have a similar shade.

They never really knew me in high school. I stayed silent most of the time, the ghost that walked the halls. I joined the drama club. I got to do my own stage makeup. Everyone around me now excepted that I had a valid reason for makeup. I ate salads and oatmeal every day, hoping to lose weight. I wanted to be cute so bad! That year, I lost 20 lbs. My family called me fat, but when I got thin, they called me anorexic while laughing.

People would randomly grab my butt or my chest fat in the hallway as I walked to class. I keep walking, saying nothing, knowing that I couldn’t report it to anyone. I just accepted that it would happen often.

Going to college allowed me to live on my own. I dressed occasionally, tanned once in a while, and tried a little makeup. I still had to be cautious as I lived with other people (a few girls and a cute gay guy.) He was my first. I imagined I was a girl with long blond hair. I often drank every weekend. Only wine. Most everyone thought I was a wine snob; I just enjoyed holding the dainty glass.

In college, I anonymously chatted online, pretending to be a cis female. Not my proudest moment. They made me feel so pretty. I stopped because I felt super bad, even though they were probably all lying, too. I loved using body modification apps to see myself as female, wishing that I looked like that.

During the summer of 2021, while my family was on vacation, I stayed behind for work. I wore a wig and dressed female the whole time. I had so much fun! Afterward, I was afraid someone would find my wig and fem clothes, so I tossed them in a dumpster. Last year, I dated a girl. I decided the dress-up week would be the last time I would truly be a girl. I would be the man that my new girlfriend needed. It worked for a little while, but then I felt as if I were living a lie, pretending to be someone I didn’t want to be. Somehow, I felt lonely even when she was around, and ended our relationship after 7 months.

I’m out of college, working every day, and coming home to do nothing. I have zero friends and my co-workers are all anti-LGBTQ. I’ve heard so many nasty comments. I feel like I can’t report them to HR. It would put a target on my back, and I’m hoping to get a promotion soon. I wish I could just move to another state where no one knows me. Get away from my hateful coworkers and controlling family (who I still live with.) I need to work hard to raise money so I can leave, start HRT, and become who I truly am. My parents control my insurance and finances, even though I’m mid-20s. I wish I had friends going through the same things to help me. Thank you so much for listening to my story!

What works best for breasts?