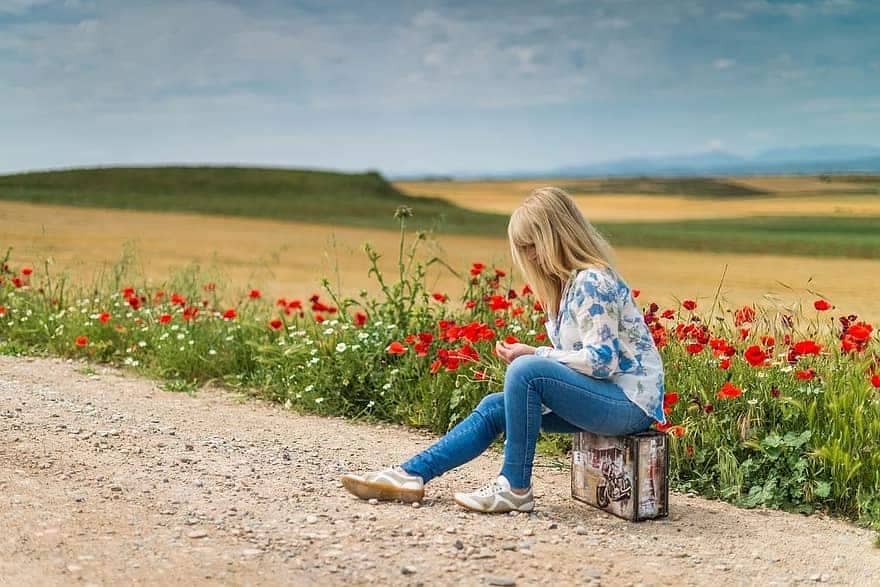 There I was, sitting by the side of the road waiting for a bus once again; a journey that I had started many times before, only this time I had a valid ticket.

This wasn’t like any other day! I had already let several pandemic filled buses pass me by without trying to stop them; it was beginning to feel like eternity as I waited. Was I ever going to reach my destination with the delays and uncertainty right now? Enough was enough; it was time for pedal power. Back in my kitchen, I filled a bottle with crystal clear cold water, put on my trainers and a pair of leggings, and set off. The first few minutes are always tough until your muscles have warmed up and your breathing has improved; a steady incline around 15kph, not bad I thought. Blue sky and sunshine; it couldn’t have been be a better morning, not even a breeze blowing through my hair. I pedaled for just over an hour, keeping up a speed of 16 to 18kpm that felt somewhat like one long continuous hill.

I covered about 15km without seeing one single person, but as always, it was really good thinking time as I cycled. However, the only roads I travelled along were the twists and turns within my mind; I never moved an inch while pedaling my exercise bike for one hour. I tried to make sense of what had happened that morning, pushing me to such sadness that my eyes filled with tears–for no apparent reason.

Why had I felt so emotional, especially as I had been invited to lunch at the home of a couple who are very good friends, and who I hadn’t seen for over two months? It didn’t add up! As I attempted to process recent events, a feeling of being so alone hit me like a giant wave as I walked into the bathroom and glanced at myself in the mirror. I almost burst into tears, but managed to control it, not wishing to fall into a black hole of sadness and ruining the day before it had begun.

I pushed myself to get on with day, taking a shower and getting myself ready to lift my spirits in the company of my friends. Just as I was about to leave the phone rang. I had a good idea of who it was. I have supported an old gentleman for just over a year since his wife died and he often calls for some help or simply for a chat; although over the past several weeks, with more frequency about what I consider to be quite trivial matters. I understand that he may call for a little human contact, and I give him my time. Disguised with an offer to pick up items at the local supermarket for me, he went on to ask my advice on a something we’d previously discussed; one that wasn’t going to be solved and was just the way things happen here in France. In brief, he cut the call leaving me feeling that he hadn’t liked what I had said, upsetting me by his abrupt manner and rudeness. I went into auto-protection mode, quickly shutting down those thoughts and headed out for lunch.

On returning home, I thought over the events of the day and came to the conclusion that I had been neglecting myself for some time, more specifically, during the past several weeks. There were two messages on my phone from him from the last couple of days. I had listened to them, but chose not to reply. I decided that there was one clear thing I needed to do; take a complete break from his demands on my time and energy and allow myself to recover. I had been in more need than I had imagined.

Centering the focus back on my own affairs, I remembered that I needed to choose birthday cards for a couple of good friends; they were having a joint BBQ on the coming Saturday. Available cards in the town are rather disappointing, so I decided that I would make my own. I was sure I had all the materials to work with, I just needed to locate them. Finding them didn’t prove to be difficult, but the tubes of paint were dry and solid, leaving a handful of small tablets to work with but no paper or card.

I was lucky enough to secure a pad of good quality paper in town and happily sat down that afternoon and set to work. I was so pleased that I had chosen to do that; I haven’t produced any art for over 10 years! You can imagine the delight I felt when I sat back to look at the first finished illustration. I felt very proud of myself and a little impressed, too with what I have achieved.  Wasting no time, I began the second painting. As it took shape, I could see how it was quickly looking better than the first, my technique had improved, and the image that was growing on the paper was encouraging, lifting my spirits further. By later that evening the second piece was completed. As I looked up at the clock, I was surprised how several hours had simply gone by; I had lost myself in artistic therapy that was much needed.

The activity had quite an impact on my emotions, providing an inner strength, after having been weakened over the past two months. I woke the next morning with the paintings still fresh in my mind; a warm feeling inside that I knew had derived from the stimulation of my own creativity in producing watercolour illustrations. As I made my way to the kitchen for breakfast, I felt energised and ready for the day ahead. I hit another high with my exercise session that pushed that positivity inside to the next level. I hadn’t felt such a force from being creative for a very long time.

Do you think my parents will believe I’m trans malr