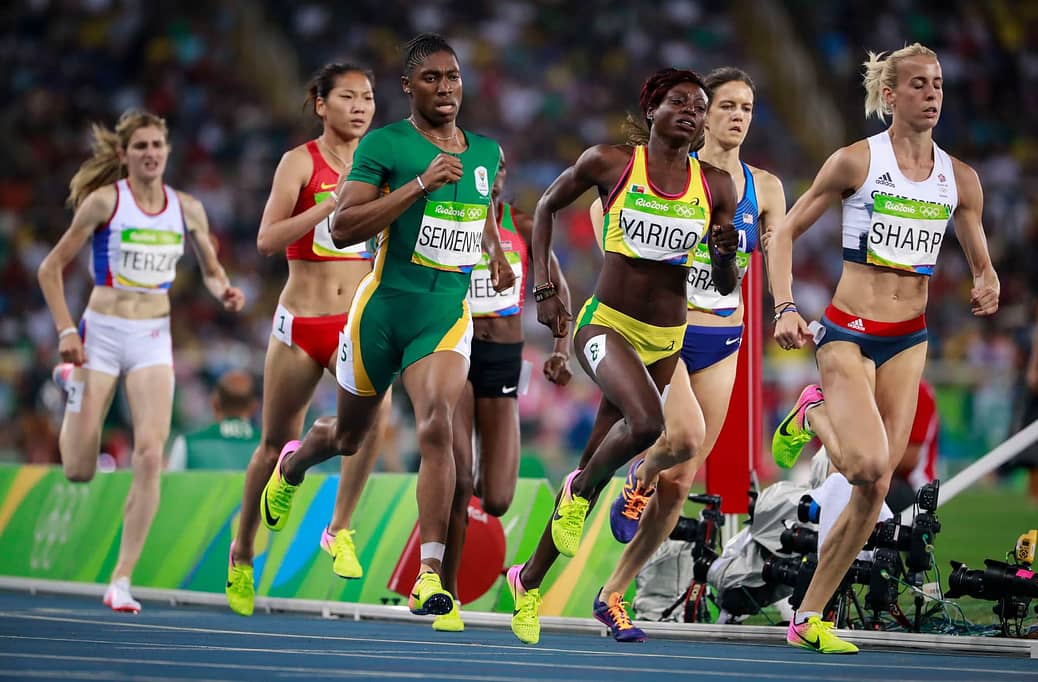 I am addressing the recent issue of transgender individuals competing against CIS Male/Females. I had no problem remaining unbiased; what you’re about to read, I’ve documented with listed URLs at the end. I was reading and hearing girls discussing this topic, and it didn’t make sense. I attempted to incorporate websites that are diverse and opinionated while sharing the same science. At first, I thought legislators were using the wrong identification, Transgender/Transsexual, but this is much more than that and clarified in its content.

For instance, 95% of cisgender women have testosterone below 2 nanomoles per liter. And in a recent study of nearly 250 trans women, 94% of them had testosterone below 2 nanomoles per liter. It doesn’t really matter whether the limit is 5 or 10 nanomoles per liter because most trans women are going to be under two anyway, (emphasis on Trans women). No one is correctly identifying which type of developmental stage they’re in. This is prevalent in essentially every article I read. From the time we’re diagnosed with gender dysphoria till lower surgery, we are called simply Trans girls, and here is where the problem both begins and grows.

The clinical definition of a transgender person has to do with the phycological aspects of feeling like a woman with Gender Dysphoria diagnosed by a psychologist. They are mostly male having testicles that produce testosterone. This line isn’t crossed until a person changes their body towards the other gender either medically with HRT or surgically and the person then becomes a transsexual pre-op.
Transsexuals range from individuals simply on HRT to those who have undergone GRS and are anatomically correct females. This is where the confusion starts. We should separate them into Pre-op/post-op in sports due to what you’re about to read. The carry-over from Pre-op to post-op is blanketed as Transwomen so it resembles an “all for one or none for all” rollercoaster ride scenario. So, hang on. Here We Go.

The controversy lies in the blood and development. Hemoglobin levels are typically higher in males. But Hemoglobin levels, which allow more oxygen to get into the muscles (often measured as hematocrit levels) is the percentage of blood that’s red blood cells. That’s the reason that endurance athletes go to altitude to train, or (those who cheat) use blood doping or EPO. Hemoglobin levels follow testosterone. Within weeks of starting testosterone suppression, testosterone levels will be within female norms, but it takes a longer time for hemoglobin to get to the female norms, probably in the 3- to the 4-month range. That’s roughly the life cycle of red blood cells, but it’s realistic to believe that advantage can be achieved in this time frame. Hemoglobin levels are the single most crucial factor for the advantage. That’s based on clinical experience from Dr. Harper of Web M.D. She states, “For this reason alone, Transgender M2F’s with testicles should never be able to compete against CIS females.”

But furthering the controversy is that a person born Male will have larger and differently shaped muscles. Males are more muscular than women. Women are just over half as strong as men in their upper bodies, and about two-thirds as strong in their lower bodies. While the male metabolism burns calories faster, the female metabolism converts more food to fat. Women store the extra fat in their breasts, hips, and buttocks, and as subcutaneous fat in the bottom layer of their skin. Our hormones play a part in this metabolism difference that we’re respectively born into and grow. But just because we physically change doesn’t mean the way or how our bodies metabolize food does. Yes, the estrogen will shrink the muscle’s as per se, but a person who has developed as a male going off the estrogen can allow this M2F athlete to redevelop the muscles. Quoting Dr. Harper, “There should be no question in anyone else’s mind either that trans women will maintain strength advantages over cis women, even after hormone therapy simply by the males’ basic developmental differences.” Bottom line is that it’s simply too easy to cheat legally.

I ask that you take a quick look at the F2M individuals. It seems no one is worried about the F2M’s beating the males because of the physical difference. This seems obvious because pound-for-pound the CIS male (conditioned the same, by the same coach) is more likely to perform better in competitions. Look what happens when CIS females compete against CIS Males. Spin that around 180 degrees and you have the reason that all the controversy is aimed at the M2Fs and is the main reason for the bans.

It should be that humans with testicles should not be competing against women. That is a medical fact. Post-op transsexuals not having testicles and who have had surgery to become a woman have lab numbers that are consistent with CIS females. It seems to work for the Olympic Commission and the masses. So, the legislators blanket their arguments. The masses conclude that will transpose into an advantage for M2Fs and will then cause doubt every time a post-op wins an event before any genuine science is considered, and this is wrong.

Progress is happening, but until testing becomes more regular and random, we’re never going to find out. Competitors can know that all the levels within the blood and urine are equal and consistent, even after surgery. If this sounds confusing, it really isn’t. But if we don’t start a dedicated program soon, our legislators may announce that we should compete within ourselves as transgender individuals. Further testing should become more strict, adamant, and random across the board for these post-op girls as well until we know more about this to be a consistent decision to allow or disallow anyone from competing. If one looks at what’s happening across the pond in Europe and the U/K, they are addressing it differently, testing and documenting every event along with levels of hormones in the body. This is where the serious science is being done. They are more advanced in their programs because transgender individuals have been competing there and in England, Canada, and Australia for years and they are already testing randomly which again, is more expensive but has led the Olympics to allow post-ops with three rules have to be followed strictly with no deviation.

1) the person must have had SRS/GRS with an orchiectomy/gonadal removal done.
2) The person must have documentation of both name and gender change done,
3) and finally, they must have documented tests done that prove the individual has been on HRT for a period of no less than 2 years before competing to remove the Hemoglobin advantage in M2Fs and even the playing field. As for F2M’s, all are the same and testosterone levels must dictate safe levels and consistent usage throughout the period of no less than two years as well.

So, there is light at the end of the tunnel. It simply sounds like they need to categorize us better and allow better testing, and that should clear up more of their arguments and confusion. But that’s too easy. I hope it allows all girls to follow their dreams wherever they may take them.