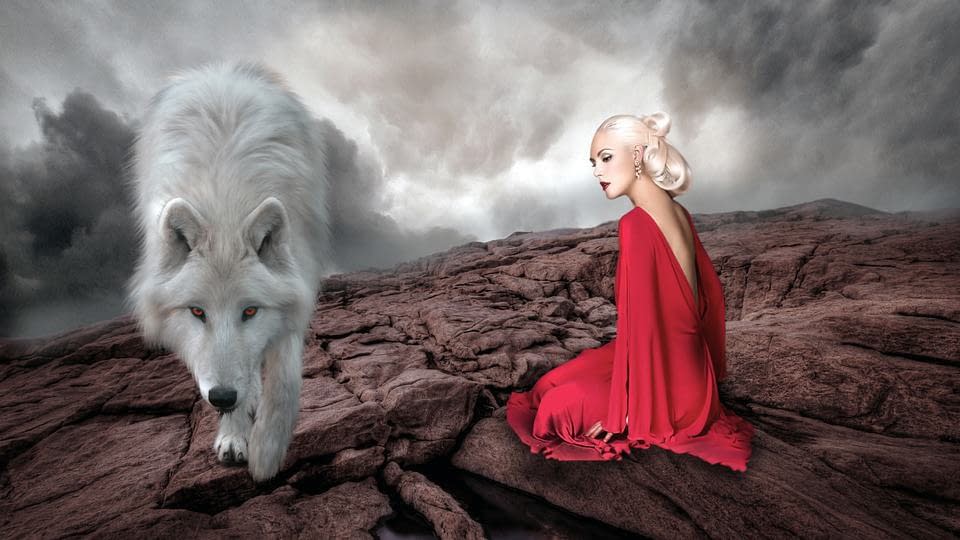 If you’re young and you think you’re trans, I hope you feel free to be true to yourself. When I was little I was in a foster home; my foster parents neglected me so I was raised by their dog and her litter of pups. From this and along with a bunch of other issues, my first suicide attempt was at age five.  I’ve got a severe case of lycanthropy.  I am not a fury and I never will be, but I do understand animals on a different level then humans.

In my home town, I’m known as the animal whisperer. When I was adopted, I was shown the best show ever Dragon Booster! I would spend hours playing as Arthur the male hero because being a girl just felt wrong. I got older, and I was allowed to watch the old Narnia movies. When we played, my brother was Peter and Edmund; there was no way I would be a girl, so I chose Aslan a talking lion with super powers; the bonus- I had long hair and loved to use it as a mane. Since I had a deep voice, I could roar and growl like Aslan fighting the White witch. Life was good, and then I saw Steve Irwin and life got better. I learned heaps from my Aussie legend, and living in Australia, well, it gave me a new respect, no doubt about it.

As I got older, I started wishing I could be a boy, so I nagged mum to take me to a Jr acting class. I got the lead role, Peter Pan. I loved every second of it. I was a boy YAAAY, if only for a short while. I looked masculine or so I’m told, and when I went to public school, I got to wear pants during winter. Teachers and other students were convinced I was a boy every time. I was called a boy, and I got this bubbly feeling in my chest, and when I was called a girl it vanished.

Years went on; I still played as a boy in imagination games. I was obsessed in changing my sex, my parents would often ask, “What you want a dick, do you?” I would be dying to say yes and sometimes I did. My parents and I would talk and get confused (they love me no matter what.)

Time went by, and I was assaulted on more than once, physically, sexually, and emotionally. I changed schools; this was bad. My old school had a room for my (wolf ‘episodes), my new school didn’t. On my first day, I chewed someone’s shoe lace, cocked my leg on a tree (didn’t do anything just the action) and bit someone on the arm because they took my stick.

I got three new nicknames by recess, Mad Dog, Crazy Bitch, and the last one is just plain nasty. Things slowly settled down the “episodes” got less frequent, but I had people trying to force me to be a girl. Pushing me to wear higher shoes, wear dresses, use a higher voice, you name it. I’m sure most of you can relate to wearing something you don’t want to.

Skip ahead a few years; I made a pack. They were friends who accepted me as me, with my mental issues, lycanthropy, ADHD, etc. They all saved me. I met someone who told me about trans men; they spoke my language. When I was rescued, I would scream, or bark, or howl. They worked with dogs and helped with my rehabilitation into society.

I’ve still got a long way to go, but here is something that has helped me over the years, something my foster parent’s dog taught me when I was drinking her milk with her pups. I won’t tell you their names, there are people still looking for me.

I shall simply end on this note my fellow Trans mob. No matter how dark the path seems there is always hope, just keep your head down, hackles up, ears back, and tail low. Stand your ground, trust your pack, and trust your instincts.

The reason is this:

Head down – you submit quietly without causing trouble.

Hackles up – trust your instinct, submit but still be on your guard.

Ears back – show you’re not afraid, but don’t look for a fight; if they strike first, everything you do next is in self defense.

Tail low – low, not tucked between your legs, a low tail means you are going to stand your personal ground and they can’t hurt you; you fall, you rise, and the tail rises slowly, best thing ever. Why – because it shows you are not afraid. This is me, don’t like it – too bad.

Pack and paws, nothing can stop you

View all articles by Killgrather Commander
The following two tabs change content below.

my second personality is a wolf (Killgrather) I’m also Aboriginal Australian and Christian. And adopted. im knowen localy as the animal wisperer, i love vidogames, reading and writing. we have a farm with lots of Roos and platapus, i have got a pet dog storm, a Cat Sechmet and 2 lizards Lex and Rex. i like Quadbike driving and having a drink with friends (Im 18) i have knowen i was transgender from when i was i think 5.

I fight for my pack all the time. Im a wolf lover and a wolf at heart. This says it true. Wish ther was something like this when I was growing up. Wudv savd alot of shame embarrassments humiliation and pain.

Fight for your Pack!!! Inspiration at it’s most primal!!!

What an amazing story of resilience and strength. You have overcome so much! I’m very proud to know YOU!

Thank you for sharing your tail Ness :-), The words go beyond your years and show a familiar trail that many here in this pack have walked..I’m enjoying getting to know you in chat and look forward to seeing you flourish.
Hugs Cami xx

This is a bit unusual, but I am interested in your story, It’ amazing how cruel people can be

Thanks Chris nice to meet you btw