I Am, a Drop of Water, Serving the Ocean 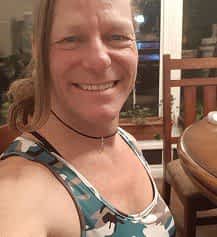 Jump on The Freedom Buss and Ride!

One sunny day, May fourth, 1961, a group of people who had experienced being hated on, abused, shunned an even physically attacked, boarded a big ole buss and left Washington DC headed for New Orleans; they called themselves the Freedom Riders!

It was a world changing event that lasted throughout my youth and well beyond. The riots, the beatings and even murders; it’s a heart wrenching, sickening thing to glance back on to see how people treated people.

Three months after the Freedom Riders boarded that first bus, and to the day, October 4th, I left my Mama’s womb and began my own freedom ride out in the big wild world.

My parents were avid news watchers turning on the little 14 inch black and white TV like clockwork each evening as the supper dishes were cleared from the table by my younger sister n me.

We would watch the events played out each evening through out our youth; the assassination of JFK, Bobby Kennedy’s murder, the stand of Martin Luther King and the ongoing pressure placed on the world to stop its ridiculousness toward a different people.

Fast forward to October 3rd, 1995; I’m working in a club in BC Canada in a country music band; drummer and vocalist. We had just finished our night on stage when in walks a famous country music singer from the deep south of USA.

A room full of country folk gathered round the “ singing star” admiringly hoping for an autograph, until one disgusting comment passed his lips regarding the OJ Simpson trial which was all over the news then.

I remember like it was yesterday as the “N” word passed his lips along with the other disparaging words he had said.

Quickly and systematically the big group around him simply walked away like he had passed some really, really bad gas. There he stood, alone at the bar. Now he was alone.

Fast forward to November 4th, 2008, Obama won the presidency with 365 electoral votes to 173 received by McCain. Progress is being made!

August 8th, 1942 Papa Gandhi said, “we will not resort to violence, but we will simply not comply”.

As we glance back through history, we can see clearly that when we use consistent and steady pressure of who we are and our freedoms as human beings on this planet, change occurs, though at times seems painfully slow.

In the recent comments made by the current president of the USA toward Transgender people who want to serve their country in the military, know this my friends, his time will pass and his small minded! And regardless of the ignorance that pervades still in the minds of some of the world, I am one tiny part of a quiet resistance refusing to be silenced and marginalized.

Each of us can look upon ourselves as those small minds see us; that is of course one option.

We can view ourselves as insignificant, less than or not good enough if we so choose to, but we do have another option.

We can hold our heads high, decide who we are, and continue to show the world that although we may be different in our own wonderful ways, we too are worthy of Kindness, Love and Respect and we will settle for nothing less!

Almost every relative I have, including myself, have served in the Canadian Armed forces and many of them live(d) on the rainbow.

This week, take a moment again to look into the mirror and smile through those pretty painted lips; bat those long thick eyelashes, and smile wide as you say out loud,

“This is world change I Am a part of”.

Simply by being here, as a single drop of water, and continuing to stand and be seen, you are a small but necessary part of creating a better world for generations to come. Many drops of water make the ocean!

I look forward to the day when one of us takes a seat on Parliament Hill here in Canada and the day will come when one of us enters the Oval Office there in the USA; it’s only matter of time.

Take up your place and hold your head high; You are an amazing part of something much greater that you may think; wear your badge of honor with Pride and walk on…

Thank you for being exactly who you are!

Hello gurl, my name is Tia and I am here to tell you a short funny story. Your article, “Drop of water” appealed to me so I started reading this story of our life’s contribution and four times I sat down and got comfy, 4 times life interrupted my (Me) time with your awesome way you produce your works of art, created not with color, but by simply arranging 26 letters and 3 or 4 punctuative expressions to create your Rembrandt. This morning at 4:00 am, I climbed out of bed wide awake, made coffee and thought 2 myself. “It… Read more »

Charee, Thank you for you words! Non-violent resistance or action is something to be admired and hopefully emulated. We have had wonderful examples of what can be accomplished….

Hey Michelle, thaaank you for that. What a beautiful smile girl.
Everything is possible I believe, if we can imagine it, we can create it; I see me walking freely down the street, dressed pretty and feeling confident and strong…That’s the target I have my site set on hehe
Someone once said, I refuse to start a fight, I choose peace; I have been known to finish a couple though. . .
Huggles for you Michelle
Namaste’
Char xox

Thank you, Char, for reminding us that non-violent efforts reap the better ends. I struggle with this. I find it so hard to react with loving-kindness. I’ve often thought warring thoughts. 45 has deleted over 30 transgender protective laws. The military ban is the most covered story. I’m incredibly concerned for my future in America. Feels like being stepped on. For just being me. A friend at church last Sunday urged me to pray and meditate. My head is high now I’d like my heart to turn from stone back into a warm and loving one again. Even to cis… Read more »

Thank you Dasia, I understand that feeling omg. It’s so sad when an uninformed mind has been given the power to decide the fate of others. It reminds me of Tibet. That’s the smaller picture though; in truth, we are one race on one planet, all equal and beautiful however we decorate our amazing bodies. I truly believe that the more we keep showing up, publicly, safely, peacefully, the sooner we will quell the fears that drive such hatred from the uninformed; uneducated. I find compassion for those who live in such fear of the Transgender, or Crossdresser person because… Read more »

I think Cisgender People need to inform themselves. Transgender People have a plethora of research studies, non-fiction books, fiction books, radio shows, television shows, websites and Transgender leaders in the greater community to draw information on us from. I’m not their teacher nor do I want to be. I live close to the second largest LGBTQIA+ library in North America: Quatreffoil Library. Most Cisgender People in my area haven’t heard of it. I think they’re apathetic, willfully ignorant and enjoy discriminating us for the most part. I do demand my human and civil rights. I think it’s time. I also… Read more »

hehehehe oooooh yes, I do have a strong spiritual calling; I choose to remain non-violent, even to simply open my hands palm up to an aggressor to show a non-violent intent; Aaaand, I also have the very human side of me that says, if you do not respect my boundaries and you keep acting aggressive toward me,,,it may hurt a lot for a very long time…lol I’ve waited three weeks once for a guy to get out of hospital and come back to town. He had kicked in my door with very dark intent because of how I dress. I… Read more »

Thank you, Char, for your thoughtful response! I’m grateful for your kind heart. My perspective usually helps people to think I’m not a good person. Living well sometimes goes against public opinion. I feel your courage and bravery across the space that separates us and it emboldens me and reassures me. Sister, we are here and in this time we are together. Thank you so much for fighting the good fight with me! I wish I could hug you. It would be a good hug! I don’t have time to say more. Work calls. Know that you’re in my thoughts… Read more »

I feeel that Hug Dasia, reciprocate it and I am grateful dear. Your goodness is as clear and yep I agree, living well does not abode well for those who believe that it is not a very real selection orchoice they too can make, from the infinite field of possibilities. Living in a farming town, I visualize possibilities like a huge field of blue flowers stretched across the prairies. The flower we choose to pick, is the one that ends up on our kitchen table as part of our experience. Everything is possible; a carpentry business 😉 real breasts and… Read more »