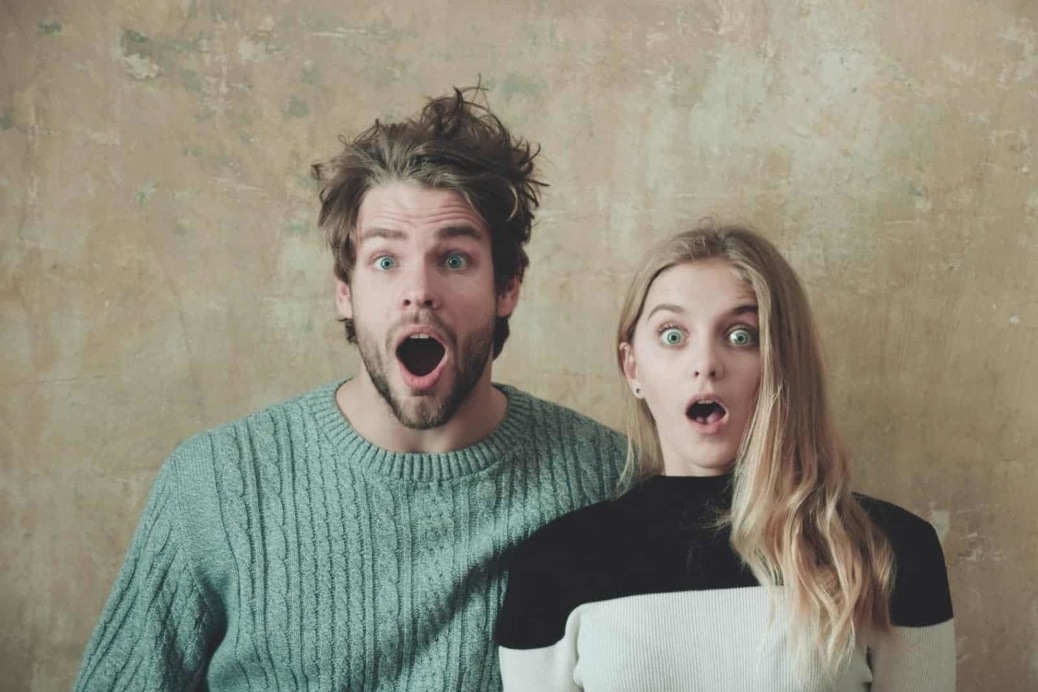 For the last few days I’ve been staying with an old friend who knew me before transition. It’s been wonderful to catch up with him and enjoy each other’s company. Now that I’m living authentically I feel as though there are fewer barriers up, and we’re able to have deeper and more meaningful experiences together.

One thing I’ve had to work through is the occasional slip he’s made into my former name and no-longer-correct pronouns. When he first said it I was a little shocked, mainly because I hadn’t heard that name for a long time, and it took me a few moments to realize who he was referring to.

As soon as he said it you could see him trying to reel it back in. It was almost like the cartoon character that grabs words from the air and shoves them back before they can be all the way heard. He accepts me completely as Vanessa, and he was clearly distraught about his slip up.

After he’d said it, I had a realization of my own – It’s okay. I don’t need to be stressed, or feel invalidated, or self-conscious. When I do this I feel bad, and make my friend’s inadvertent mistake seem more catastrophic than it really was. I put emotional intensity into a moment that is best handled by leaving it cast aside in the dim veils of memory.

The next time he made this mistake I thought about how he was feeling. I smiled, said it was okay and told him how much I appreciated his effort to get it right. I diffused the situation, and let him know that I care about him and his efforts.

We all make mistakes, and that’s okay.

How do you handle the times when a well meaning friend or family member slips up with your old name or pronouns?

When I know they realize the faux pas I just let it bake for a moment and have its way to transform their mind then I let them off the hook. By assuring them in a calm manner that we all make mistakes, it humanizes both of us and relaxes the relationship. That’s a win all around. I now have some of the healthiest conversations with long term friends and acquaintances and encounter very little eggshells effect. If anything, I think it strengthens the connection and helps them clear their mind on needing to embrace my change. There are detractors,… Read more »

What a wonderful approach! Love the fact that this also brings your relationship closer together with those who do accept you!

I love the courage! BY the way courage is the harmonic of fear.

Congrats hon! I'm glad you got out of that environment. Hopefully the corporate environment will prove more supportive.

I honestly don't know; I'm trying not to overly ascribe malice, but…

One of the worst is a coworker who used to be my manager. We never got on well.

And thanks. Since I posted that I've accepted a position, moving to corporate after more than fifteen years in academia. Interviewing as myself was an interesting experience.

I'm sorry to hear hon – yeah, it's disconcerting. Are they making an effort, or doing it out of spite more than anything else?

I guess if you're moving on soon it doesn't really matter too much, but it would be heartening to know they were well intentioned slip ups and not malicious put downs.

This has been a difficult one for me at work, and my immediate coworkers are the worst. It's always mid-sentence pronouns when it happens. It's quite something to be standing there in a skirt and heels and be referred to as "he." I'm not giving it a great deal of effort, though, as I'm in the process of changing jobs. I knew just a few months into my current one that I wouldn't make a career of that place (or, even, state government employment,) but it was a good place to transition. I also know that at most one of… Read more »

Hey Jessica! Been a while, good to hear from you again

Yah for Bikram yoga – I'm absolutely in love with it, I know you'll enjoy it!

You're so right, it's the spirit that it was made that matters more. I'm so sorry that you're having such a rough time with your sister hon

Sometimes, I can live with that. I mean, if it was not done in a spirit of malice, I would be more than willing to let it go. However, if it was done like my sister did last night with intent of malice, I think that there is no forgiving that.

Fortunately, I moved to Colorado where no one knows my former name and I feel that it has made me more at ease. But I would have no qualms with going to Houston because I'm trans – I still wouldn't go simply due to the fact that Houston sucks.

Yah – I think a large part of it is how hard they're trying, and how often you see them. Thanks Graewulf!

If it's an appropriate time and place I give them a gentle reminder. If it's not I let it go or address it at a later time. Sometimes it's someone I won't see except once or twice a year. In those cases it's better to just let it go. If I'll see them regularly I educate them.

If you would like to further support us, please consider using and bookmarking our Amazon link when shopping there.