A woman is walking along the sidewalk on a windy day. The wind begins blowing stronger and stronger until its fierce enough to blow her away. Yet, she continues to walk defiantly against the wind. She leans forward against the impermeable gusts of wind.

That scene summarized the experiences of Marina in A Fantastic Woman. The Oscar-winning movie is about a transgender woman fighting to be allowed to grieve the loss of her boyfriend in a dignified manner. A Fantastic Woman stars Daniela Vega, a transgender actress and opera singer. While the main story is powerful, the abuses that Marina experiences is painfully common to every transgender woman around the world. Being asked if her name is a nickname when she gets clocked by a doctor, to being intentionally misgendered by people who hold her in disdain. Later in the movie, there are scenes depicting some of our worst fears.

A Fantastic Woman is set in contemporary day Santiago, Chile. Marina is in a serious relationship with an older man who recently divorced his wife. After celebrating her birthday, her boyfriend wakes up in the middle of the night suffering from something that is making him physically unstable. So, they rush to hospital. Unfortunately, he dies shortly afterwards. His family confronts her, wanting his stuff, and demanding that she doesn’t show up at the wake or funeral. The police want to question her about the bruises he suffered before showing up the hospital, which all results in a hero’s journey through all the bigotry and indignities of being transgender. All the while, she is dealing with her own grief over the loss of her boyfriend. 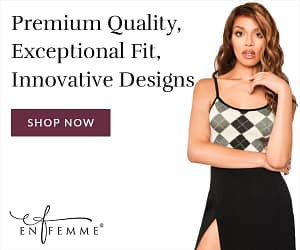 Daniela Vega was initially hired as a script consultant for the movie. Her influence on the script is very apparent. This movie is full of scenes that every one of us has experienced. If there is an argument made about the importance of having transgender representation in movies, A Fantastic Woman provides ample evidence as to why it’s important. It has an authenticity that other movies, however well-intentioned, just don’t seem to have. While I am not stringent on insisting that they must only cast transgender actors and actresses in transgender roles. Actors influences their portrayal of the character based on their experiences. No matter how much they research their roles, it’s never quite as accurate as someone with first-hand, personal experiences.

A Fantastic Woman resonated with me personally.  It was the portrayal of a transgender woman as being working class.  In far too many roles, transgender women are prostitutes, junkies, and criminals.  This movie portrays a transgender woman doing the best she can to deal with the world that holds her in disdain.  “Fantastic” has two meanings in the movie.  One is fantastical as being a mythical creature.  At one point, Marina gets called a “chimera,” a mythical hybrid monster that is a combination of a lion, goat, and a snake.  At the end of the movie, we see that Marina earns to be called “Fantastic,” as in; she stayed true to herself in the face of extraordinary efforts from those who disregard her as a human being.

A Fantastic Woman is a movie that I feel everybody would benefit by watching. Admittedly, I have been frustrated that nobody seems to know about this movie, even though it won an Academy Award last year for Best Foreign Language film. A Fantastic Woman is currently available to rent, purchase, or stream via subscription on YouTube, iTunes Store, Amazon.com, and VUDU.

Thank you. Jamie the movie sounds like a tear Jerker . I will look forward to watching it.Good for you in having fun while transitioning. I will be looking out for your writings. Enjoy your journey and your new life. Luv Stephanie

Jaime, thank you for writing another great article and bringing another incredible story to our attention. I look forward to watching it.