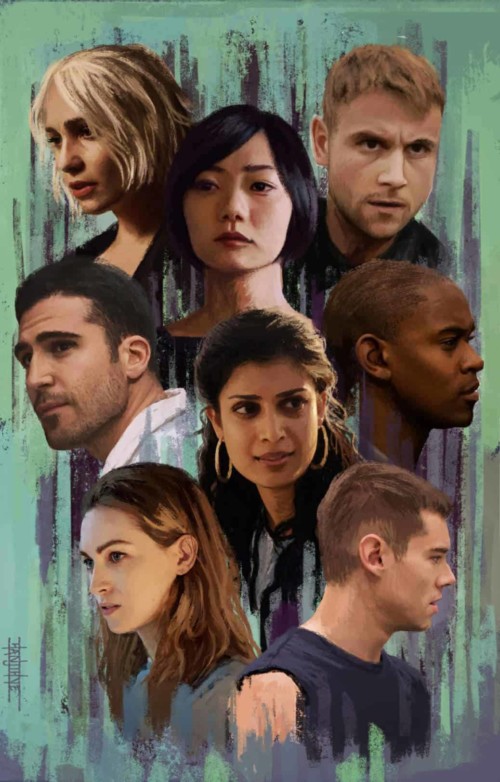 Sometimes, when you come across a TV series so ambitious, you doubt that they can pull it off. I had an experience like this before with How I Met Your Mother. I wanted to see this, because I was a huge Buffy fan and it starred Alyson Hannigan. It also starred Doogie Howser. After watching the first episode, I really doubted it could deliver the promise of the titled premise. A few years later, I caught one of the later episodes on syndication. How I Met Your Mother was a really funny, innovative sitcom with the whole cast clicking on all cylinders. I had the same issue with the first episode of Sense8. The series featured eight different stories that is happening around the world. Plus, it has an additional supernatural element that a shadowy organization is involved with it. After watching the first episode, it took me about two weeks before I felt motivated to watch the second episode. I am glad I decided to stick with it. It is a beautiful, action-packed, character-rich series that will stay with me for the rest of my life.

Sense8 is a collaboration between the Wachowski Siblings (Lilly Wachowski was not out yet when they did this series.) and J. Michael Straczynski. One interesting bit of trivia: It was J. Michael Straczynski who suggested that one of the characters should be a transgender woman. I am sure I am not the only Sense8 fan who was glad that he made that suggestion. Jamie Clayton plays Nomi, one of the eight people around who are telepathically linked together. The actress is transgender. As a result, it is one of the few mainstream portrayals of transgender women that isn’t mired in problematic clichés. Nomi is a computer hacker who is in a committed lesbian relationship with Amanita, played by Freema Agyeman (best known for playing Martha Jones in Dr. Who.) They have one of the best, healthiest relationships I ever seen on any medium. I’m not going to lie. I am deeply jealous of them. I also felt very inspired that it could happened to me.

One warning I have for anybody who haven’t seen Sense8 yet. Do not watch it while wearing makeup. This series will make you cry. There were moments in each episode that caused me to tear up. The one scene that still struck a chord with me and probably will you as well. Nomi comforted an actor who was recently outed as gay. Nomi shared a story of how she was forced to take a shower with the swimming team. She refused to take off her shirt around the other boys. The boys on her swim team took off her shirt and forced her underneath the boiling hot water. She concluded her story by saying, “The real violence, the violence that I realized was unforgivable, is the violence that we do to ourselves, when we’re too afraid to be who we really are.”

I feel this is The Wachowskis’ most personal work yet. It has the themes of identity and fighting against corporate’s destructive interests like their previous movies. Sense8 is also blatantly sexual. If you are anyway prudish, you may want to skip this series. I believe Sense8 is also their most political work. It’s not political where they take a stance supporting a political party or ideology. It’s more of a political philosophy that we have lost in our current era of Identity Politics. It’s about the celebration of individuals and coming together as part of the human race. Sense8 shows people around the world being part of one whole. They work together as a collaborative unit. No matter what’s your race, gender, sexuality, gender identity, etc. We should work together to help each other when we can. We should all be open sexually with each other without worrying about labels. Check out the clip on YouTube called “Who Am I (Sense8)”. That scene demonstrates where exactly they stand. As insightful as that scene is, they also provided a vivid visual of their philosophy. It’s a close-up of a sloppy, recently-used, rainbow-colored sex toy. That image bookends the series. I believe their message is working together is going to be messy, but deeply satisfying.

Sense8 was cancelled after two seasons. Fortunately, Netflix allowed them to do a two-and-a half hour series finale to wrap up the story. In true Wachowski awesomeness, they deliver a thrilling, uplifting final episode that left me completely satisfied. I highly recommend this series to anybody who haven’t watched it yet.

A great review about an incredible show! I cannot express how much Sense8 meant to me. Not only was it good storytelling, well acted, directed, etc, but the themes and characters gave voice to so many that never get a chance to be shown as the protagonists and more importantly human. 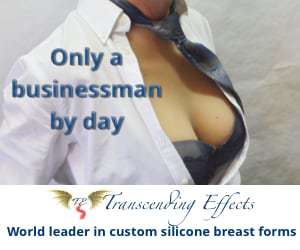 Finding Your Way
January 28, 2020 by April King
I fully understand Angela. I struggle with these feelings all ...

At work
January 19, 2020 by Winston Roberts
Good evening young lady I just had to text you ...