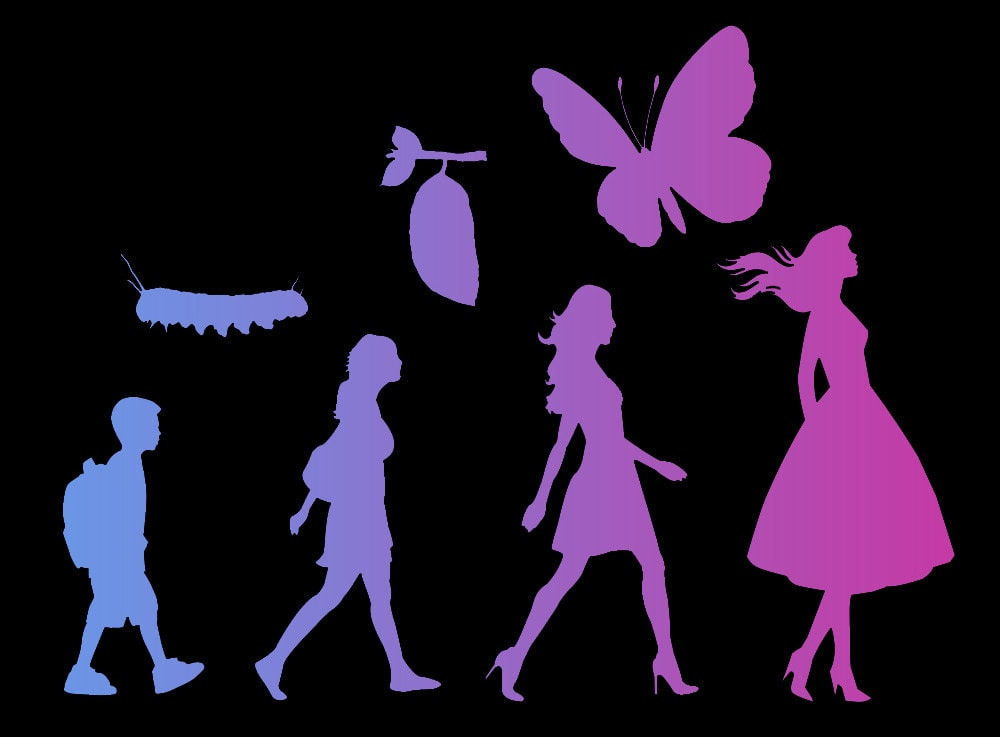 On the day I was born, in a small-town hospital, I made the front page of the local newspaper. It was a rare day indeed as there were eight babies born on the same day, breaking the previous hospital record of 5 births on a single day. But would you believe that seven of those babies were girls and just one baby boy, who would just happen to end up a transgender woman. Occasionally, I look at that worn-out old newspaper clipping that has adorned the first page of my baby pictures book and think to myself – Damn, I was so close to being born in the correct body.

The next bit of irony came in the form of mistaken identity. Having been born to a mother and father who were unmistakably hippies, with their long hair, bell-bottoms, and selling marijuana to pay the rent, they decided that my brother and I would look best in shoulder-length hair. With that and an added bonus, for which I am entirely grateful for now, I was also born with my mother’s eyes and her narrow nose.

Now, when you take that combination together, I was often mistaken for a little girl. Over and over I would hear people say things like, “How old is your little girl, and “Oh, isn’t she cute.” In fact, I can distinctly remember getting into my very first fight because some older kid continually referred to me as a girl. I guess being misidentified so many times finally made me snap as I ran over to him, tackled him to the ground, and began punching him like Ralphie from A Christmas story.

After several years of those things happening, my parents finally got the hint and took me to a barber, where I received my first haircut.  When the older man standing in his white coat with slicked-back hair asked what kind of hair cut I was looking for, I pointed to the picture on the wall of a military-style crew cut.  Within minutes my long locks were gone, and the little boy was revealed.

It would be nearly eight years later when I first started to crossdress and another ten or so years before I realized I was actually a transgender woman.  So, you could probably imagine how I would feel now if someone mistook me for a woman; I would be absolutely thrilled and want to thank them for making me feel so happy.

Ironically enough, when I began seeing a gender therapist three or four years ago and explained that while I wasn’t ready to come out to the world, I still wanted to begin my transition, she suggested growing out my hair. She said that lots of men have long hair and that it wouldn’t be a giveaway if I did as well. For the last several years, I have done just that while also teaching myself to style it. And now that it’s grown down past my shoulders, I must admit that it has been the single best decision I’ve made with my transition.  The option of being able to wear it up in an up-do, curl it into wavy locks, or even braid it into pigtails has made me feel closer to myself than almost anything else so far.

While it may seem like a small step, the inspiration and confidence it has given me has encouraged me to take the next step in my journey. I’m looking forward to HRT and beyond.

View all articles by Gina Harper
The following two tabs change content below.

Hello- Well I'm a middle-aged closeted transgender woman. I spend around 50% of my time as myself and growing closer and closer to the time when I can fully commit. I've been able to keep my dysphoria at bay by continually working on myself and my body. Each day I get closer to my goal and am really looking forward to my future. Hoping to meet new friends and share inspirations, fears, and successes.

Beautifully said Gina; this is a journey that few have the courage and intestinal fortitude to tread. I love the Ralphie image, omg been there again and again. My own mom was one of the people making constant fun about prissy boys and limp wrist ed fellas but when I look in the mirror and see me now, it feel ahhhhh..nice. Coming home to me… The mirror is a powerful place to have a chat with that wounded little self; it makes such a difference in the inner journey dear, keep on Gina, You Got This!! Namaste’ n heart huggles… Read more »

Gina— my story matches so much to yours in so many ways. I too grew up with hippie parents, I was mistaken for a girl for my entire childhood, and always knew I was a woman inside! I felt like I was reading my own story as I read yours! I would love to chat with you some day when you have time ❤️

Smiles , Huggz and all the assistance you need Hun. Just ask
Huggz Tia

Hi Gina, Thank you so much for sharing your experiences, it’s wonderful to read your positives story explaining the excellent progress in your life. The point where you mention the view of your therapist, illustratinging how even someone in that position can impose their view of how you live your life and present yourself to the world. When you made the choice to grow your hair, you took control of your life and empowered yourself in the process. We are all able to tap into that part of ourselves, but often don’t have the self-confidence or self-belief in who we… Read more »