Nail Anatomy: How to Grow Yours

A nail is a claw-like plate at the tip of the fingers and toes in most primates. Nails correspond to claws found in other animals. Fingernails and toenails are made of a tough protective protein called alpha-keratin, which is a polymer. Alpha-keratin is found in the hooves, claws, and horns of vertebrates.

Three major parts of our nails are:

Our nail growth seems simple enough and begins at the matrix behind and under the cuticle. As this tissue grows, it soon hardens. When more tissue grows, it begins all over again, pushing the nail forward on what is called the nail bed and between the Paronychium to the end of our finger. The nail bed and matrix have all the nerve cells that can cause us pain when we interrupt the process of normal growth. It also gives us a pink color because of the capillaries in the nail bed.

The Lunula is the crescent-shaped white area on all but the pinky. It is what most immunologists look at when diagnosing problems, as it is a direct window into one’s current overall health. The whiter it is, the healthier the body. Doctors also utilize the nails themselves as a current snapshot of the nail bed, due to it hardening and being pushed forward. Hospital-care providers (EMTs or paramedics) often use the fingernail beds as a cursory indicator of distal tissue perfusion of individuals who may be dehydrated or in shock. However, this test is not considered reliable in adults. This is known as the CRT or blanch test.

The fingernail bed is briefly depressed to turn the nail-bed white. When the pressure is released, the normal pink color should be restored within a second or two. A delayed return to pink color can be an indicator of certain shock states. Nail growth records can show the history of recent health and physiological imbalances and have been used as a diagnostic tool since ancient times. Deep, horizontally transverse grooves known as “Beau’s lines” may form across the nails (horizontal, not along the nail from cuticle to tip). These lines are usually a natural consequence of aging, although they may result from the disease. Discoloration, thinning, thickening, brittleness, splitting, grooves, Mees’ lines, small white spots, receded lunula, clubbing (convex), flatness, and spooning (concave) can indicate illness in other areas of the body, nutrient deficiencies, drug reaction or poisoning, or merely local injury.

The function of the nail is to protect the (Distal Phalanx) or tip of any digit. It also provides a counterforce when the edge of the finger touches an object, which enhances sensitivity even though the nail itself has no nerve endings. Our nails are also tools we use to enhance our fingers’ diversity. They cut, scratch, scrape, act as rudimentary tweezers, allow us to better grip more things, as well as use them for defense.

The growth of nails is directly related to the length of any given distal digit, (finger) Our middle finger grows faster than our pinky and so on. Note: This is also why our fingernails grow 4 – 5 times faster than our toenails. Our nails seem to require three to six months to regrow completely and toenails 12 – 18 months. The actual growth rate depends on age, sex, season, exercise level, diet, and hereditary factors. Contrary to popular belief, nails do not continue to grow after death; the skin dehydrates and tightens, making the nails (and hair) appear to grow. The longest female nails known ever to have existed, measured 8.65 m (28 ft 4.5 in).

We take our nails for granted, never realizing how important and vulnerable they are. Contrary to a popular belief that the nail is non-permeable, which is false. They are more permeable than skin having a 7-12% water composition. Harmful chemicals and medical substances often pose problems, which is another reason to wear gloves when mixing or dealing with foreign substances.

The best way to care for nails is to trim them regularly. Filing is also recommended to keep nails from becoming too rough and to remove any minor bumps or ridges that may cause the nail to get tangled up in materials such as cloth. Bluish or purple fingernail beds may be a symptom of peripheral cyanosis, which indicates oxygen deprivation. Nails can dry out, just like skin. They can also peel, break, and become infected. Toe infections, for instance, can be caused or exacerbated by dirty socks, specific types of aggressive exercise (long-distance running), tight footwear, and walking unprotected in an unclean environment. Common organisms causing nail infections include yeasts and molds (particularly dermatophytes). Nail tools used by different people may transmit infections. Standard hygiene and sanitation procedures avoid transmission. In some cases, gel and cream cuticle removers can be used instead of cuticle scissors. Nail disease can be very subtle and should be evaluated by a dermatologist. In most instances, it is a nail technician who will note a subtle change in nail disease.

Biotin-rich foods and supplements may help strengthen brittle fingernails. A few studies support biotin supplement use to that effect. One study in 35 people with brittle fingernails found that 2.5 mg of biotin per day for six weeks to seven months improved symptoms in 63% of participants. Vitamin A is an essential micro-nutrient for vision, reproduction, cell and tissue differentiation, and immune function. Vitamin D and calcium work together to maintain homeostasis, creating muscle contraction, the transmission of nerve pulses, blood clotting, and membrane structure. A lack of vitamin A, vitamin D, or calcium can cause dryness and brittleness.

Insufficient vitamin B12 can lead to excessive dryness, darkened nails, and rounded or curved nail ends. Insufficient intake of both vitamins A and B results in fragile nails with horizontal and vertical ridges. Some over-the-counter vitamin supplements such as certain multivitamins and biotin may help in the growth of strong nails, although this is quite subjective. Both vitamin B12 and folate play a role in red blood cell production and oxygen transportation to nail cells. Inadequacies can cause discoloration of your nails.

Add-on Nails are an option. They stem from the “press-on nails” that one must be very careful with Acrylic and Synthetic resin nails. I own both kinds in a kit form to do my girlfriends’ nails, but I wouldn’t resort to the do-it-yourself methods like I did unless you’re a hobbyist and own a Dremel (type) precision grinder with a bag of barrel roller grits. There is quite a learning curve as well, so if you do, please try to get someone to show you or pay some serious attention to what your nail person is doing (which is what I did) to at least break the ice.

Acrylic Nails: It’s when a person adds length with either a tip or an entirely clear nail and utilizes a base, then ultraviolet light to harden it all. Acrylic nails can also be powder coated with S.R.S. as well. Acrylic nails can be put over the top of real nails, but if you do, you’ll need to have them adjusted. (More material added at the cuticle area because of growth). Acrylic nails can dry the person’s nails out enough to make them weaker and prone to breakage.

S.R.S. or Synthetic Resin System Nails; This technique is new and usually known as the dip method but uses a base, then powder, and finally a hardener coating, which hardens it almost immediately. It’s reminiscent of a quick-drying fiberglass/epoxy set-up, but it hardens in seconds. These are easy and adjusting them is a matter of a half-hour with powder-coated nails. I see the girls that have S.R.S. nails keep them healthy longer by how often my girlfriends either call me or get them done elsewhere and NOT a studied fact, just an observation of mine.
I hope this helps you all. Take care and keep them pretty ladies.!! (The Nails that is)

I placed all the sites I researched in this article below, should you wish to further your knowledge of your nails. 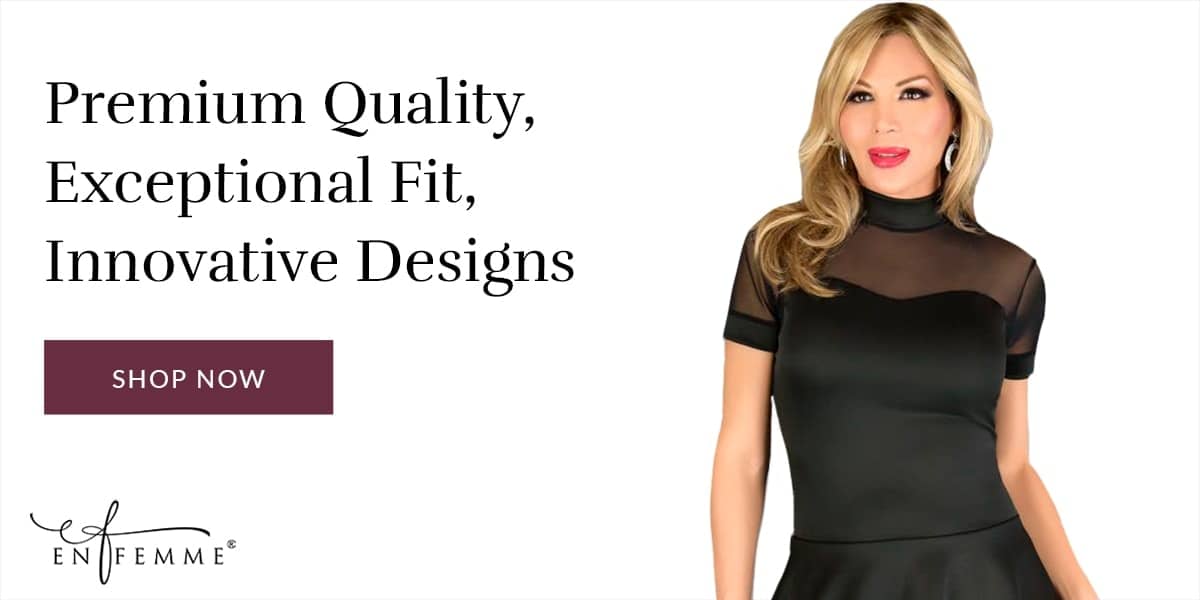 do you have a family member that is trans?