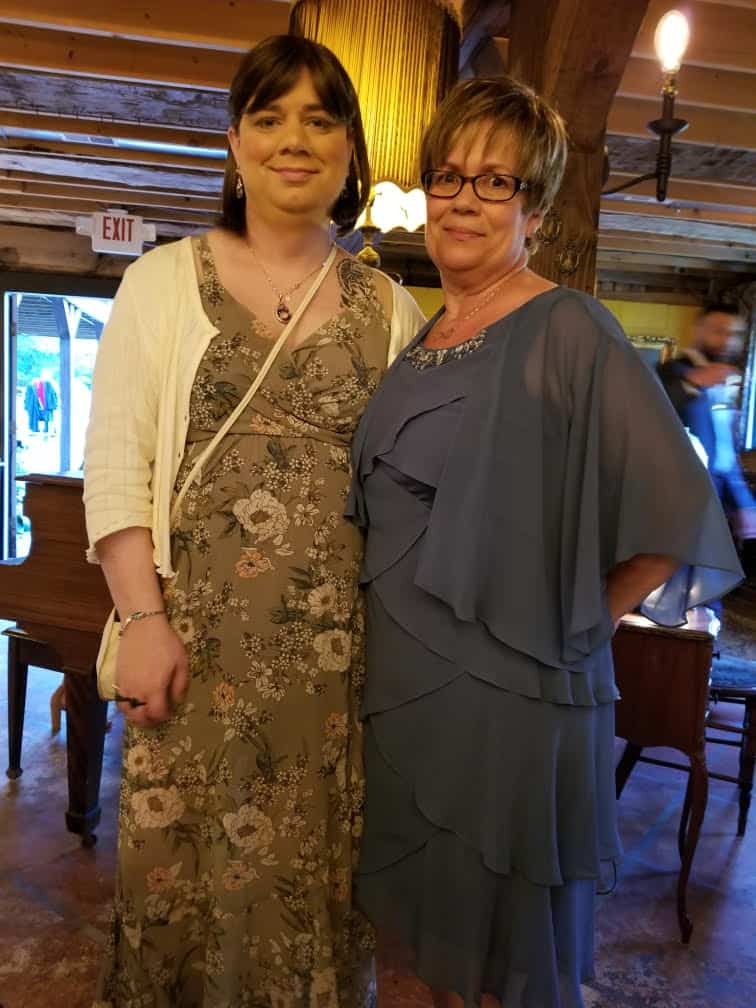 Coming out to my parents was the hardest thing I’ve ever had to do. It was the last wall to climb in truly accepting myself and in my coming out to the world. I have always been extremely close to both my parents; well, maybe not always. They’ve always been my parents, and the sacrifices they made for me have not gone unnoticed.

Some background; I was the oldest child, born five months after they were married. Yes, the math doesn’t add up; I’m still trying to decipher that one. Seriously though, it was because of me they got married at 18 and 19 years old; they were young and probably not prepared for the roles they were going to take on. They always did their best though. I have no complaints about how my parents raised me.

I wasn’t always the best child; what child is? I had a bit of a knack to know what was expected of me, and I usually tried to do just that. I was quite the independent child, which in hindsight probably didn’t help me any, but it didn’t necessarily hurt me either. Nonetheless, I had an instinct of trying not to be a burden, except when it came to being with my grandmother, but that’s another story.

When I was in second grade there was something that happened very early in the school year. I can’t recall what set me off, but every day I would cry uncontrollably. Eventually they called my mom in to talk about it. The hypothesis given was that I wanted more attention. So one day, I spent the afternoon at the park with my mom. I remember really enjoying the moment, just being with her; it was special. I was aware that my behavior was having a negative effect on my parents, who were already overwhelmed. At that point, I made an effort to not be a burden any more, and I think that was the end of it. In retrospect, would I have been able to learn more about myself if there had been better resources available to me? Maybe. I’ll never know, but the circumstances of that episode stayed with me.

I feared being rejected by my parents, of being a failure in their eyes, of them regretting making the decision to have me. There was a lot of what little pride I had in myself tied into how my parents thought of me. The potential of them being devastated by the realization that their vision of me had been wrong really scared me. The son they thought they had was really a daughter who wanted more than anything to be loved in the same way the son had been.

Here is the thing though, and it’s something I think can be a really sensitive area for people who are trans. I struggled with my identity for 39 years. And by struggle I mean that by the end of my ordeal it was an all out war to even be alive. In the end though, I did come out. I told my mom by text, and wrote a letter to my dad. Their reactions weren’t the positive celebration I dreamed it being. But in reality, how could it have been? I struggled for 39 years before I went full time. My parents learned of my struggle a month before I came out. It was hardly fair to them, especially because I didn’t leave many clues that they or others could find beforehand. I wasn’t rejected either.

It has taken them time to come to terms with me being me. They did not push me away, but they’ve made mistakes. I still don’t think they fully understand, but I never doubted that they loved me. There were times that I got quite upset. I wanted validation and getting dead-named and misgendered hurt a lot. They weren’t malicious. My mom has become very accepting and supportive, even though I think she still struggles to fully understand. She acknowledges me as her daughter, and posts my articles that I write on her Facebook wall to show how far I have come. I cannot express how happy that makes me feel. My dad has been much slower to come around, but we have talked briefly about my transition. As long as I am happy, he is proud of me.

Unfortunately, some trans people still live in dangerous environments where they need to remain hidden for their own safety. Too many of my brothers and sisters are abandoned by their loved ones. It is sad, and selfish to not love a child, or parent, or anyone because they are not what you want them to be. To be different is to be human. I really feel for those folks who have to cut toxic people out of their life. For a long time, I feared that that would be me, but as I have said, I am very fortunate.