Chat | Photos | News Feed | Groups | Forums | Articles
Home / Articles / Your Weekly Reset / What are you most afraid of?

What are you most afraid of? 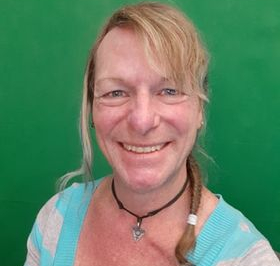 My amazing wife and I watched a movie on Netflix this past week about a basketball team who came from humble beginnings. Coach Carter; a wonderful film of triumph of the human spirit. Several times throughout the film the coach would ask one of the players, what are you most afraid of?Each time a student was asked they would reply with various things that they were afraid of on this journey of life.

Recently I wrote an article about playing small. I referenced the line, our playing small does not serve the world and today I would like to share with you where that phrase came from and share it in more detail.

The quote had been stamped as being a part of one of Nelson Mandela’s speeches after he became the first black president of south Africa ending the tyranny of the apartheid. The truth is the quote comes from a best-selling self-help book written by Marianne Williamson in 1989, “A Return to Love.” Williamson uses the quote in her book and it somehow, thanks to the internet, became attributed to Nelson Mandela.

Here is the quote Williamson wrote in its entirety:

Our deepest fear is not that we are weak. Our deepest fear is that we are powerful beyond measure. It is our light, not our darkness that most frightens us. We ask ourselves, who am I to be brilliant, gorgeous, talented, fabulous? Actually, who are you not to be? You are a child of God. Your playing small does not serve the world … As we are liberated from our own fear, our presence automatically liberates others.

We spend our lifetime doing our utmost best to not be too big, not say too much, make waves or be too loud; in some cases, even being seen is too much for some, so we shrink into the shadows and hide our gifts by making ourselves small.

I have been writing articles and doing Life Coaching for a few decades now and one common thread or belief I repeatedly hear from clients is the “I feel like I am not good enough” theme. I do not think I am above anyone or better than; I do believe with every fiber of my being however, that we are all equal beings and each of us has something to give the world that will make it a more enjoyable ride fore all of us on the planet.

I began this adventure by writing about working through my own fears of being seen. Writing about my own journey of living in small town Saskatchewan among hard working manly men and strong women who I believed would judge me and even attack me for being different.

I had made up a story that I might be rejected, attacked, ridiculed, or shamed for simply being my authentic self. As I worked through my own fears, I began to realize that 99% of those fears were inside not outside of me.

This week ponder the story you often tell yourself that keeps you small. I believe that the common, purpose of every human on the planet is to give the gift of who we are to the world.

As the late Dr Wayne Dyer said, don’t die with your music still in you!

What is the song you came to sing? What is the gift you came here to give? By shrinking from being seen, I have learned, that I have not been serving the world well and supporting the liberation of others as well as myself.

By giving the gift of who I am to the world, I have witnessed so many people liberating themselves and becoming free.

Simply by being you and being seen, you are improving your own life and also the lives of others for generations to come, so, thank you for reading Your Weekly Reset  and thank you for being exactly who you are! Be you; be seen.