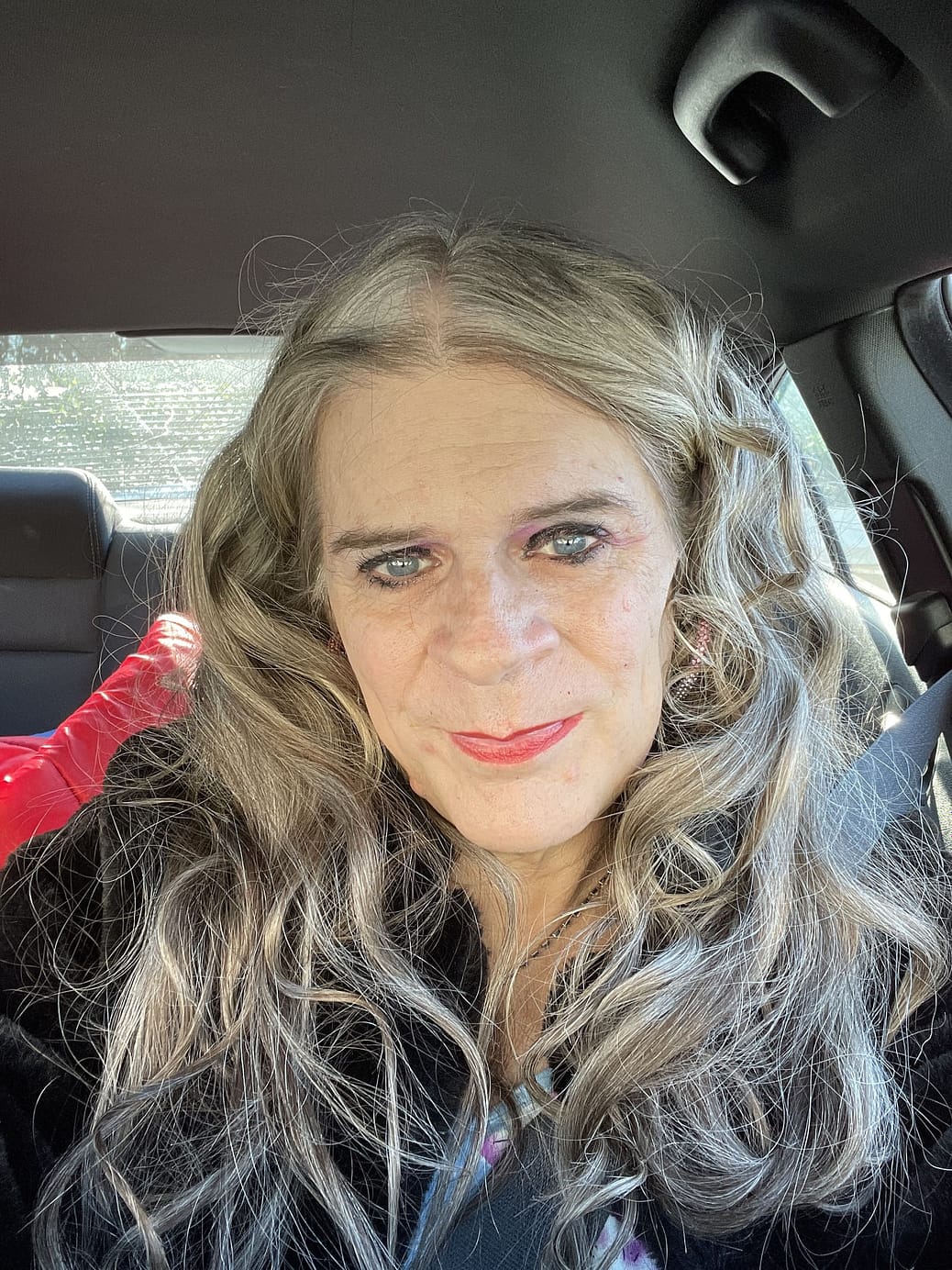 As Mother’s Day approaches, I hope those of you who are fortunate enough to still have your mom around appreciate the gift that you have. I wrote this back in May 2011 just a week or two after my mom passed away and posted it as a forum post in 2016, and again in 2019. I added a bit new here, and I wanted to share it with our newer members. It reflects the journey we take through life and the way we relate to the ones we love. With the recent pandemic and its losses still fresh in our minds and with many of us getting to the golden years ourselves, I know there are others who have gone or are currently going through the loss of a parent. I hope these words, written in a time of deep sorrow, may somehow help another person remember that those who are no longer with us physically will always remain with us in our hearts. And for those who still have one or both of their parents left, please, please don’t let a day go by without telling them how much you love them and how much they mean to you.

As I think about the journey of life from beginning to end, it reminds me of a high-wire act in the circus. I don’t know exactly how one actually trains for that kind of stuff, but I imagine you might start out by taking baby steps while holding on to someone else’s hand. Much the same way as a baby learns to walk and later to ride a bike-initially Mom or Dad holding you upright and preventing you from falling but eventually letting go so you are on your own. But not truly on your own—as they walk or run beside you, ready to catch you if you start to fall. Later, as you grow into young adulthood, they may take you to college (or perhaps the military)—dropping you off that first day to face the world on your own. And yet still, through letters, calls, and visits, they make their presence known. Despite the many miles that may separate you physically, their love and support are tangible. There is an old song my parents used to listen to sung by Foster and Allen called “A Mother’s Way”:

Take her hand
Show her you understand
A little tenderness will go a long, long way

Take her hand
Show her you understand
A little tenderness will go a long, long way

I think children can only truly understand this song when they have their own kids. I still remember the only time I saw my mom cry in front of me. It was when my sister and her husband were moving to another state, far away, because of his job. While proud of the independence your kids show, the pride is tinged with sadness knowing that time with them will be less frequent than before. I am at that stage in life as well, as my children reach the age where they are spreading their wings and soaring away from the nest.

I know this is both necessary and a good thing, but it leaves me wondering where the future will take me. My parents were blessed to spend fifty years together before my dad passed away in 2004. That became an especially difficult year for me. I felt not only the grief at that loss but also dealt with the end of my 14-year marriage. As I navigated the difficult shoals of the divorce proceedings, I moved back to the home of my mother, who was alone in her home. This helped me in dealing with financial issues, gave her companionship, and eased the worries of my siblings for her well-being, knowing someone was there with her.

The last six years have been wonderful in that I re-kindled the relationship that had faltered during the years before my dad passed (when we were, unfortunately, infrequent visitors to my parents’ home. Having missed the last years of my dad’s life, I was determined not to make the same mistake with my mother. In this, I was successful as we both enjoyed the times we spent together playing cards, doing crosswords, and listening to music.

Her eyes grew worse a few years ago, causing her to give up reading for pleasure, which had been one of her favorite pastimes. Still, her health seemed fine. She remained active, enjoying the trips to upstate New York, visiting her familial home and the relatives still living there. Then last fall, she had a stroke and during the hospitalization and follow-up treatment; the doctors discovered a weak heart and terminal lung cancer. They gave us the prognosis of 6-9 months and set out to maximize her enjoyment of the time she had left. The family grew even closer than we already were (well, most of us anyway). Weekend nights became game nights with three generations often playing together while other times my mother would just watch us play, laughing at our antics. We had made plans to have “elephant day” on April 20th where we would travel to the Natural Bridge Zoo and ride the elephants there.

Alas, those plans were not to be fulfilled; the weekend of April 17th was the last we had with her while she was still lucid. I had spent Saturday evening watching John Wayne in “The Quiet Man” (one of her and my dad’s favorite movies) and then listening to Christian hymns together until 1:30 in the morning before stumbling off to sleep. I had asked her that night if she feared death, and she told me she was at peace and blessed with all her kids and grandkids. Late Sunday evening, she called my sister to her room and told her she was having trouble breathing and we called the paramedics. She almost died that night in the ER and eventually, a little over a week later in the hospital, she slipped away peacefully, having seemingly waited for some last-minute details to be taken care of before bidding this world farewell.

Those days in the hospital and the following days of making final arrangements were the most difficult I have ever experienced. When my dad died, we still had my mother to lean on for support, and she was a rock for all of us. This time, though, it was just us kids. We had become the older generation struggling to be the support for each other and our own kids, while trying to maintain our own composure, too. The love and support of friends—not only in those last days but over those six months knowing the day would inevitably come—were lifelines to hold on to as the swirling waters of despair threatened to overwhelm me. Even now, just 10 days after the funeral—a time that seems both ancient history and moments ago at the same time  — I know they are there for me. I can let myself feel the grief and sadness of the loss without embarrassment and without worrying about being lost there forever. I know the wounds will heal eventually, but the tears and pain are a necessary part of the healing process, too.

I also know that it is OK to feel happy, too. It is not betraying them or their memory to laugh and enjoy the good things that continue to be a part of our lives as well. Life goes on and though, with time, the memories of these past few months will fade; they will not vanish. The influence of parents on their children and grandchildren is immeasurable. Each of us is a product of our experiences and how we react to them, and it is how we were raised by our parents that help to determine the values that we live our lives by, even after they are gone. Though we may not feel their physical presence, they live on in our hearts and within the way we live our lives. Help me as I honor them in everything I do and in my desire to help the next generation remember them as well. May each of us treat each other as we would if they were sitting in the room with us.

That high-wire act I mentioned at the beginning continues. Though it may seem as if I am walking the rope without a net and no apparent means of support; it is an illusion. The reality is: I am surrounded by friends and family who care for me, encouraging me if I stumble and cheering for me when I succeed. And the parents I miss so much are not as far away as they seem… all I have to do is think of them and their prayers lift me up.

I’ll close this out with the lyrics to another song my parents listened to Foster and Allen sing-“Between the Two of Them.” The song encapsulates the way I will always remember my parents and their relationship with each other—and with me.

“Between the Two of Them”

Though I miss them both so much
His crooked smile, her gentle touch
And the pleasures of just growing up
Between the two of them

And though I miss them both so much
His crooked smile, her gentle touch
And the pleasures of just growing up
Between the two of them

Forever and with love,

For non-passing MTF folk, are swim tops necessary for you to feel comfortable?