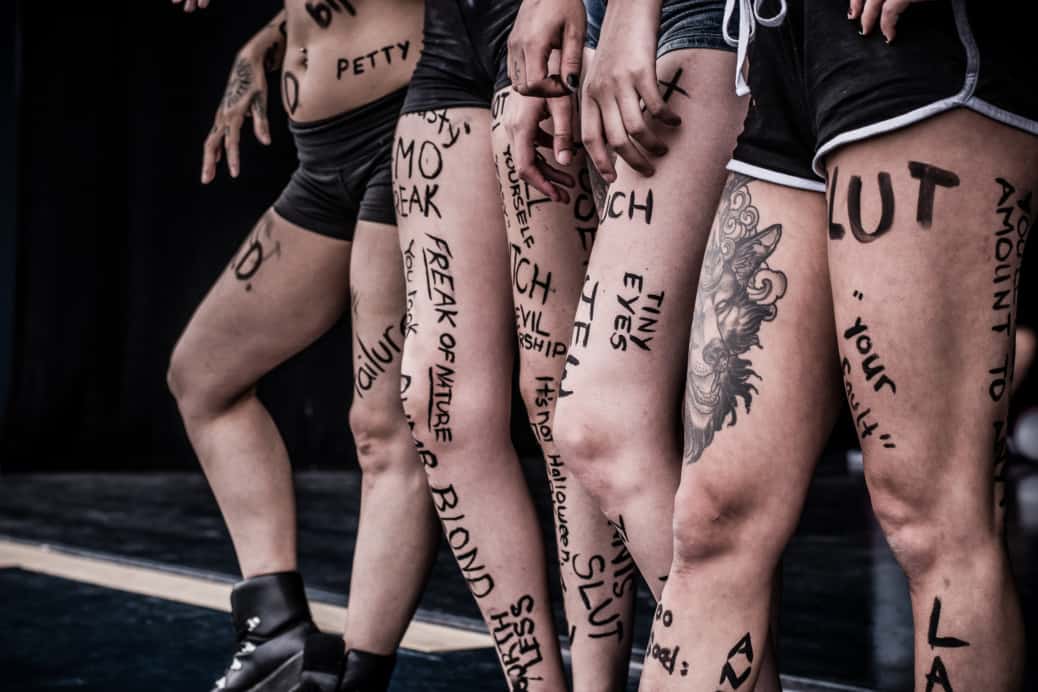 Labels are everywhere. They’re on the things we buy, the places we go, and the people we connect to. In some way, each of us is labeled. Boy or girl, black, white, Asian, a descriptive mix of tall, short, fat, thin, and masculine or feminine are all used to define us by the use of a simple label. They make up everything we are and everything we identify as. For most people, the labels they paste on themselves are as freeing as a pair of wings.

I still remember the day my friend told me she was Bisexual. She called me up late one night and told me she really needed to talk to someone. We made some plans, and that weekend she spent the night at my house. After she got there and dropped off her stuff, we took a quick walk to a park near my house. Lying on the top of the table, she grabbed my hand and told me she liked girls. She was so tense, so silent, and when I responded with a quiet “me too,” it was as if something snapped into place. All of the tension and fear left her body along with a few tears that were shed.

We talked for a bit, and she explained that she was bi, that she liked both boys and girls. I told her that it didn’t matter to me; I liked people, rare as it was for me to admit. After a bit more talking and explaining (and maybe a tad bit of googling) I figured out I was something called pan. And that was amazing. My family never has and never will support LGBT+ and they have made it known that any of us falling into that lifestyle will not be tolerated. If for only a few blissful hours, I’d felt like someone had released me from my shackles and given me wings.

Then she went home, and I was alone. A day after I glued the pan label on myself, I felt the shackles lock around my wrist and ankles, the chains wrap around me and tether themselves to the ground. The very label that had freed me now trapped me more than my own ignorance had. I knew what I was, so I needed to be extra careful in preventing my family, and anyone who knew them, from finding out. I was held captive once again, but this time there was something else bothering me as well.

Figuring out that I was pan had been easy. Your body has its own way of acceptance, and it let me know, with some very obvious signs, that another’s sex or gender wasn’t an issue to me. But figuring out my own gender was much harder. To be honest, I still don’t understand my gender. As far as I know, I am not cis. Some days I don’t feel either male or female, and other days I feel so distinctly one or the other that it’s painful. So maybe I’m gender fluid. Then again, there have been times where I have thought that maybe I was Trans. As time goes on, I find myself wishing that I were the opposite sex. I secretly dress like it, refer to myself in the opposite gender, changed my name at my school, and have done many other things to present as such.

Yet, I’m terrified to come out, even to myself, and paste another label onto myself. It makes me feel sick. My heart races, it’s hard to breath, my vision narrows, I end up crying, and end up having a panic attack.  I hate it! I want to admit with pride that I am different, that it’s okay, that I’m not wrong, or a mistake, or a sinner, and that I am me and that is enough. But choosing to wear the label makes me feel as if I’ve lost the freedom to be myself; to be a confused, curious, and questioning kid. I don’t know if I am Trans, or gender fluid, or possibly non-binary. I feel like all of those and none of them in equal parts. I’m afraid. What if I label myself wrong only to feel differently later on? What if I lose my family and it turns out that I was wrong? What if, what if, what if? What if I was brave and willing to try? What if I’m right? What if instead of hurting and trying to protecting myself, I was just me, happy, prideful, and strong.

Right now, there are so many possibilities for me, so many things I could do. I’m afraid that as soon as I label myself, I will have lost that. I mean; think about it. There is no test you can take that will give you a definite answer. You have to figure it out for yourself and just hope you aren’t wrong. There are no guaranties that what you feel today is how you’ll feel tomorrow. The future is so vast and filled with uncertainties. It’s sometimes too much, and sometimes, I wonder if there’s anyone else who feels like I do. Am I the only one? Are there others out there also afraid to label themselves? What should I do? What did you do?

This is your future queer overlord stopping by to say hi! I don't really know what to put here, but it's nice to meet all of you and I hope we can be friends!

Latest posts by Tobias (see all)

As a good friend pointed out, labels are for cans! We are all unique individuals with our own blend of physical and emotional features and varying proportions of sexuality and gender. Don’t let anyone else’s definition or label confine you or prevent you from living a life true to who YOU feel yourself to be.
Cyn

I have been calling myself Bi-sexual for decades because someone informed me that PAN meant “anything goes” in relation to sexual play and toys. I have just learned I too am PAN sexual. I’m betting my Busha, (Grandma) did not have this in mind when she taught me not to discriminate. LOL
Thank you so much Julian. The article hit a grand slam with me! ! !
# You Rock 😎 Huggz Tracee

Hey Julian! I loved your article. It was comfortably descriptive and truthful. You and I went through similar cultural influences. I came out at 19, in 1996, as a Bisexual Trans Woman. My first transition immediately failed, so that label went back into the closet for most of 20 years. The bisexual one stuck around and was good for me for about ten years. That’s when I learned about Pansexual. I know another one that means the same thing Omnisexual. I go by Pan, against decent chagrine by my local Bi comrades, because it means what I mean, I’m attracted… Read more »

Thank you for your private message. Talking to people is a real sense of support.
I will be nervous, but some say our path has already been determined. The final outcome is the designed plan that was predetermined before we start.

Right on, Chris, you’re welcome. I think I get what you’re hinting at about the final outcome. I’m gonna get the one I deserve according to my efforts. Onward we go! 😉

from your wording of things you sound rather young. And perhaps now is not the time to be placing labels on yourself. In years of growing we should always remember that things we feel now are not always going to be the way we feel later. Give yourself time and hold off on labeling yourself. And dont stress about it so much, as stressing about things only makes it worse. I was 59 before I took the label of trans woman.

All I can say besides also being in the same boat, is that you don’t answer to anyone but yourself. Did your neighbors or co-workers ask you your opinion for anything they did, or did you judge them? We create most of our own fear and need to realize most people don’t care and or may be accepting. Others can learn how out of touch they are. The more I learn about this community the more I like it. Everyone is concerned about each other and offer words of some comfort. I need to tell my wife I plan to… Read more »

Best of luck to you as well and thanks for your comment. It’s rather nice knowing you aren’t the only one out there and this community really does look after each other. I hope everything works out for you in one way or another.

Thank you. I’m glad we all care, it means so much.