Chat | Photos | News Feed | Groups | Forums | Articles
Home / Articles / Your Weekly Reset / Why we’re T-girls and everyone else is jealous: the transgender agenda

Why we’re T-girls and everyone else is jealous: the transgender agenda 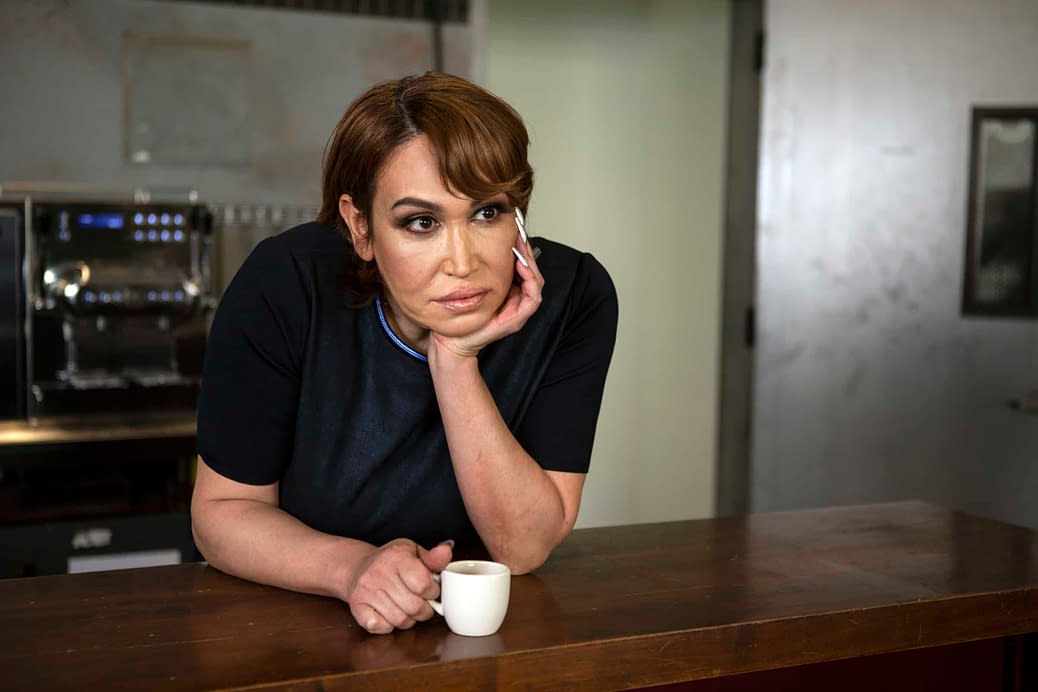 Have you ever thought about why you are who you are (or even what you are)? I do; I think about it often. I’ve been dreaming about being a girl ever since I was a T-toddler.

I was never petticoated, although I remember my sisters dressed me up once when I was five or six; put me in girl’s underwear and everything. It’s still a vivid memory, but it wasn’t the trigger for my crossdressing. As far as I’m concerned, I came into this world a transvestite and I’ll be going out that way, too. My will even dictates what I’ll be wearing when I meet my maker; black corset, black lace panties, black stockings, black high heels, long black hair in a high ponytail and black satin bow, black velvet dress, and a stack of white petticoats (for contrast, of course). As they say: live fast, die whenever, and leave a fabulously gorgeous corpse.

I consider myself a standard-model transvestite. Once upon a time, “transvestite” was simply a Latin-based word meaning “cross-dressing” and was something of a catch-all for female impersonators, drag queens, lifestyle dressers, fetishists of many stripes – even a guy who liked to slip into a pair of panties now and then could be considered to be “suffering” from transvestism. These days, I believe, a transwoman is someone who closely empathies with women, seeks full transformation (raiment, make-up, hair, the lot) when she dresses, may or may not be erotically attached to the act – she may in fact integrate the dressing into other kink, such as bondage, female domination, forced fem et al – and may end up living as a female, either full-time or part-time. She may seek some physical alterations, electrolysis for permanent hair removal, perhaps even cosmetic surgery to feminize a masculine face, or even breast implants. She would not seek a full sex change, however, as her dressing is too mixed up in her sexual identity that she would ever risk losing her male genitalia (instead, she’ll “tuck” to imitate the vagina). I believe she is sometimes more a half-man, half-woman, a person who has sadly accepted the male side but wants to experience fully the female side as well.

As to sexual orientation, well, that’s a mixed bag too. Transgender does not infer homosexuality or heterosexuality; in fact, they say many, if not most TGs and crossdressers identify as straight (straight like a scrunchie, I always say); even quite a few TGs are in lesbian partnerships – many are even married with kids! That’s all fine if you happen to have an understanding, even co-operative girlfriend or wife, but they’re as rare and valuable as Faberge eggs. I adore women, all of them, and I am just as excited by pretty faces and lush, curvaceous bodies as I am by the prospect of being dressed as one. Getting the two happening together is another matter altogether. My marriage went south because my wife was convinced I was secretly gay and was just waiting to elope with some dark-haired Adonis. (She took me to the cleaners when we divorced– I’m just so glad we didn’t have children. But I expect we all have had bad experiences, and I’ve had a few love affairs since, but getting serious always seemed a frightening proposition: you can only take rejection and heartbreak so many times.

There are manifold scientific theories as to why we dress and dream our gurly dreams. Freud copped out with the “woman in the mirror” hypothesis: TGs, he said, were sexually inverted; in identifying as female, we seek sexual gratification with the image of ourselves newly created. It was later given the name “autogynephilia.” All sexologists have their pet TG theories: you were crossdressed as a child, you were too close to mummy, too many older sisters, or daddy was absent or weak; the list goes on and on. There are probably as many explanations as there are variations on the theme.

Some years ago, I came across the unusual description “polymorphous perverse”. I assumed it meant what its root words inferred: “poly” many, “morphous” shape or form, “perverse” unorthodox or deviant. I decided, without checking, that “polymorphous perverse” referred to a sexual deviant with a whole range of fetishes. Our old friend Sigmund Fraud used the term “polymorphous perversity” to refer to the sexual disposition of small children, from infants to age about five. He believed we are all born with sexual desires but, being children, unformed, in the throes of learning, our sexual drives are pointed anywhere and everywhere: he saw in it the origins of bisexuality and incest (when we play with or get close to other boys or siblings) and adult attachments to various bits of female anatomy (through our close bond with our mothers).

What interested me about the hypothesis was that it could easily be adapted to explain TGism. After all, as tiny children, we are also exposed to a great deal of “dressing”, especially the female kind. I remember being fascinated watching my sisters being dressed by my mother, and equally of seeing my mother in her lingerie.

My other theory, and it neatly dovetails here, has to do with our even earlier development. We are all – boy and girl – born of woman. The male component, the tiny wriggly sperm that fertilizes the egg, seems pretty insignificant compared with the overarching female constituent. From conception until birth, if you think about it, we become a part of our mother’s bodies – just like her arm, say, or heart or even vagina – and it would be easy to argue that we are, for the duration, female ourselves, XY chromosomes notwithstanding. Nature shows gender can be flexible. Spontaneous sex change occurs among fish and reptiles. Perhaps the difference between man and woman is even less than the physical characteristics science traditionally uses. Maybe slipping back and forth between genders is the true natural state of the human. It would explain a lot to me and, I’m quite certain, even those people who are not trans themselves have at some stage wondered what life would be like on the other side of the gender line, even if they don’t pursue it. That is only natural.

It’s all food for thought and we T-girls are nothing if not sophisticated thinkers, hungry for knowledge.

I gave this piece the title “Why we’re T-girls and everyone else is jealous: the transgender agenda”. I think I’ve dealt with the question of self-identity. But why, you may ask, would anyone else be jealous of us. After all, some see us as freaks, ridiculous, comical, self-deluded, even mentally ill. No way, Josie! To me, it’s straight life that’s ridiculous: dull, vanilla, conservative and barren. Who wants to be normal anyway? I’ve always thought of myself as exotic, a delicate hybrid flower, a bird of paradise, a glittering jewel. OK, I’m not as pretty as I once was, but I’ve done some pretty wild things, sent my imagination into some pretty strange and wonderful places, and experienced some pretty intense euphoria. And it’s all because I like to dress up as a girl. Who wouldn’t be jealous of that?

If you’re interested in reading some more thoughtful and cogent writing on trans history and biography, go to “A Gender Variance” at http://zagria.blogspot.com.au

© Professor Jayne Brayne (2019); please don’t repost on the web without my permission.

View all articles by Jayne Bennett
The following two tabs change content below.