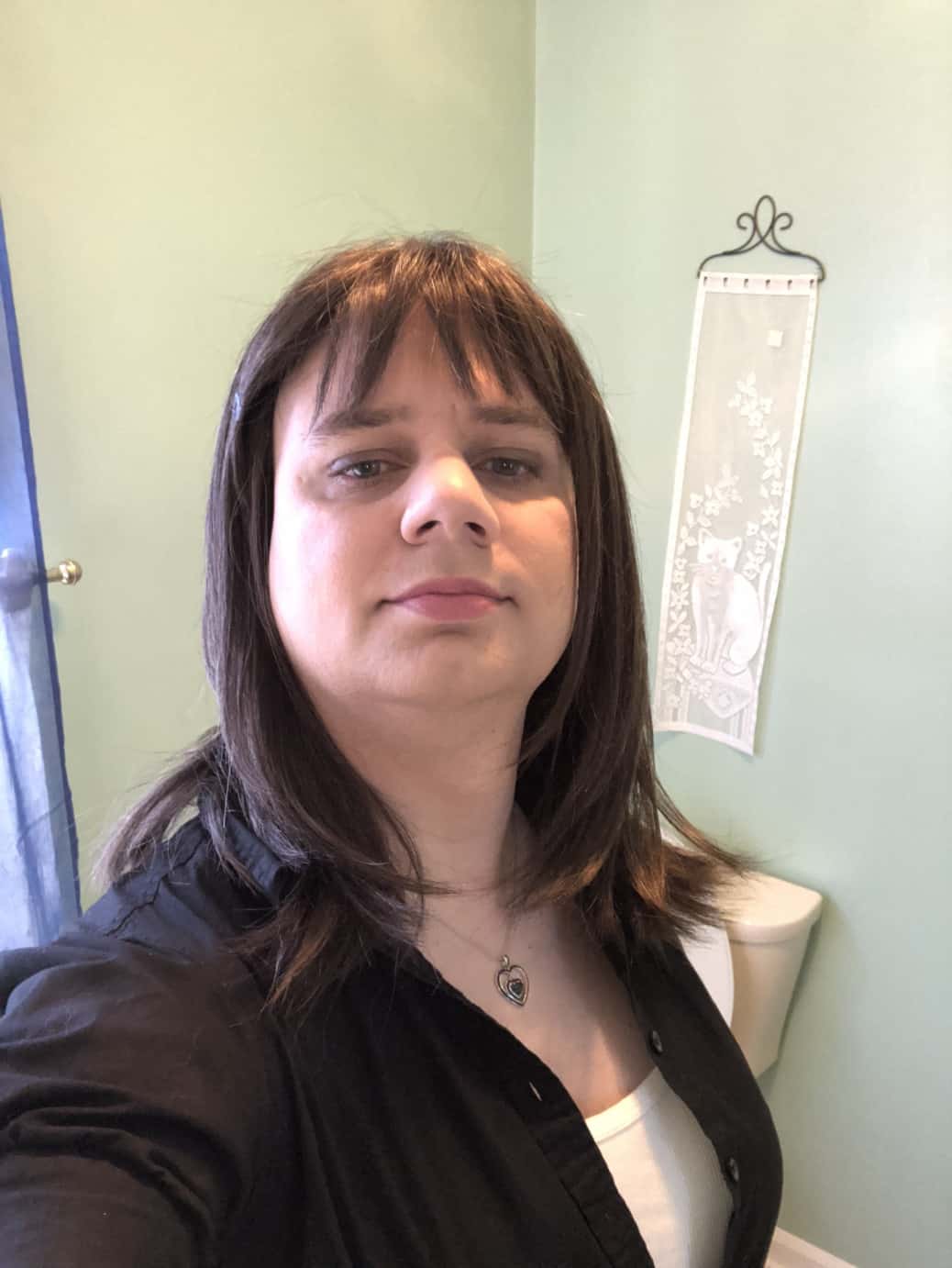 A year ago yesterday, August 13, I filed my court orders for my name and gender change; my first major step towards social transition. I had been on hormones for almost three months. Although during the first two months, I didn’t think I would fully transition. I only wanted to try and quell the dysphoria; it just became too difficult to go back and forth between two identities. One in which wasn’t me, but I was forcing myself to be in order to keep moving in the world. And the other that was screaming to be let out into the world, throwing a fit every time she had to go back into hiding.

In the beginning of August, I went and talked to my lab director about the possibility of transition at work and its feasibility. Since I testify in court, I worried that it would be a problem going forward, especially in the early stages where I would have to testify to reports signed in my old name. He put me in contact with our legal representative and she assured me that if I decided to go ahead with transition that the department would support me 100%.

For the first time, I really had the option that I could fully transition, and the thought that I would no longer have to hide Stephanie became too much. With all that information, the thought of trying to maintain the status quo went right out the window. To hell with that; time to move forward. It became time to see my truth for what it really is and to embrace the wisdom to accept it.

I have a tattoo on my left front shoulder of Odin’s ravens Huginn and Muninn. They are Odin’s eyes, the finders of truth and wisdom here on earth, Midgard. I got them back in April of that year, but their meaning had finally sunk in. I was a trans woman, and I needed to accept it and move forward; no more hiding, and no more fearing the unknown. Life is too short to spend in misery, depression, and anxiety due to repressing one’s true self. So I began this journey with a couple of court papers notarized by the county court clerk and then submitted for review by our county judge. I had to include letters from my therapist and doctors.

I left work early and drove home to change. I wore my wig that I had at the time; a very nice shoulder length wig that unfortunately didn’t last as long as it should have because I didn’t know how to care for it properly. I made it to the courthouse and walked into the clerk’s office. It was busy, and I became terrified. A couple was getting married in the courthouse that afternoon. The bride and groom and their entire family were in there. There also was a sheriff’s deputy waiting for the clerk as well.

The room was crowded, and I was afraid everyone there could see right through me. I wanted to run away, but I stood firm, determined to deliver my paperwork. The wedding party finally got everything they needed and headed outside to prepare for the ceremony. The officer offered to let me go first, but I politely declined. I told him that he got there first and also I was sure he had important things to get to. He thanked me. In that exchange he correctly gendered me each time-called me ma’am. I thought for sure he was just humoring me, but with a year to think back on it, maybe not.

I very rarely get misgendered, so maybe I passed. Once he finished and left, the clerk asked me what my business was. At this point she gendered me correctly. I presented my applications and documentation. I am guessing she had never seen the forms before as she looked at her coworker and asked, “How do I help him.” Doh! It can be very upsetting being misgendered, but I wasn’t legally female yet, so I give her a pass. In all my return trips to the county clerk, I have yet to get misgendered again. There was one more form I had to quickly fill out. I then had to get everything notarized and my orders filed. I went home feeling very good about myself.

I waited nearly a week to hear back from my filings; checking the court website about ten times a day between the filing and getting my decision. On August 20th, I received my decision. It came in an envelope with my new name. My first piece of mail for Stephanie! Both of my cases were heard and approved by the county judge. I nearly cried from the happiness I felt. It was then that I started to notice how my emotions had been changing. I was feeling happy more and more, and it wasn’t going away.

Now that my name and gender had been officially changed, it was time to really get busy. I had so much to do to become officially recognized as Stephanie. Everything needed to be changed-drivers license, social security, passport, and everything else that has your identity stored. Normally, I would have been overwhelmed at the mountain of work ahead of me. Nope, not this time; I strapped on my mountain climbing shoes and made a mole hill out of it. I was too excited to get overwhelmed.

“screaming to be let out into the world, throwing a fit every time she had to go back into hiding” reading that was like reading my own mind. So have I said it that way when having to suppress the girl screaming to get out. I continue to be awed envious and admiring of those that embrace themselves come what may from the world. So, well done. xx Shanda

so inspirational i absolutely look forward to the strides like this

Thank you for this article Stephanie. Your experience is what I hear from so many who live here in Virginia. I am so happy you were able to achieve what you sought and move forward with your life and encounter people who affirmed who you are. BTW, I think you totally pass! Like many things in life, I found a different experience that while successful enough with some good fortune was not smooth. For my name change my court ordered me to appear before the judge and I was extremely nervous. Armed to the teeth with letters form docs, employer… Read more »

We are in very similar circumstances in that I live in VA but was born in WV. I do not have my copy of my BC in front of me but I recall that they still line out the original name and put new name above, but they changed the gender marker without the strike through. So it lists female. Maybe they have changed since you got yours changed? I got mine changed last year.

Sisters! Hmmm, you have me curious on the gender marker.

Thank you for sharing your start with us all. I am just considering applying to a gender identity evaluation and transition programme at the Anova clinic in Stockholm. The waiting list is about a year though, so there will be some time before l can get started with things. I wish you much happiness in your new life as a woman.

Looking in the mirror – my road to facial feminization surgery
February 16, 2020 by Stephanie Horne
Hi, I am having my procedures done at NYU Langone ...

Looking in the mirror – my road to facial feminization surgery
February 16, 2020 by Stephanie Horne
Hi Jackie, I am new here. I saw your note. ...

Coming out
February 16, 2020 by Stacy Ann May
Thank you for sharing your story, Sarah! It’s very powerful. ...

Where I’m at
February 16, 2020 by Stephanie Kennedy
Hi Tessa. You are one tough woman. I appreciate your ...