When Life Gets In The Way 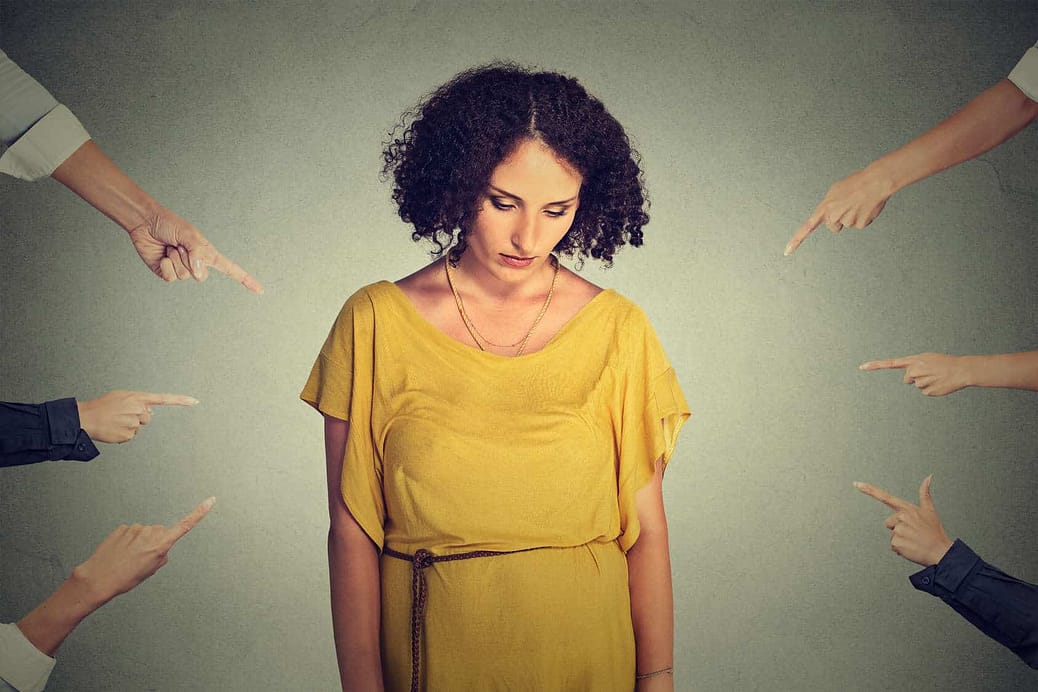 Hey, sisters! When did life get in the way?

For me, it’s been all of my life. I’ve never been married so I haven’t had to deal with the pain and heartbreak of loosing a spouse over the woman within. On the other hand, being a male-to-female transgender woman has time and again strained relationships with my family as family members have ridiculed me. I knew from the early age of four years old that I was a girl; I had no doubts about it. Growing up, my mom knew and supported me, and gave me extra allowance money to buy the items that I wanted. She even helped me select them. My grandmother (Mom’s mother) was another story, however. She would snoop in my bedroom while I was at school and steal my clothes just to humiliate me in front of the family.

It only got worse during my tumultuous teens as my grandmother ramped up her efforts to make me the young man she thought I should be. Depression set in and there were several times in my youth when I seriously considered suicide. I was taken to see a psychiatrist when I was fifteen, and I told him that if I couldn’t be myself and be free to express myself in the manner I chose, then I was better off dead.

Now, I’m in my early 40s and I have a new family member (a cousin’s wife) who for the last eighteen years has been bent on making my life a living hell. She has stolen my clothes, taken a box cutter to my breast forms, cut up my bras, outed me to my father’s side of the family, and recently told my boyfriend of two years that I have HIV/AIDS (which is a lie). My boyfriend succumbed to the lies a couple of weeks ago and told me that he wanted to break off our relationship even after I was tested for HIV/AIDS and the results were negative.

My father’s family is Spanish and most of them have disowned me because I’m transgender. I’ve decided that, at this point, I’ve taken all of the shaming and discrimination I’m going to take. I am not going to be depressed and moody because of other people who either can’t or won’t accept me for who I am. I am a woman, like it or not. The most beautiful thing about women is we don’t all come in the same size, color, or mold.

There are many times when life gets in the way but you have to remain strong, dispel the ugliness from your life and go on. I sat down in my bedroom in the midst of packing before I moved away from my parents’ home and reflected on my personal transgender journey. I wouldn’t change a thing in my life because it has served only to make me a stronger and more resilient woman.

View all articles by Vanessa-Marie Villarreal
The following two tabs change content below.

Hi Vanessa- Marie My heart goes out to you.. Why people have be so mean sometimes i just do not understand.. I do understand your grandmother. She was taught that because you were born with a male body you should appreciate. It more. I was told the same thing simiar by my mother when i was young. The woman gave privaledge to that male body vwhen you were born. They feel insulted when you did not accept it. Your boy friend does not deserve your love. If he found out you were sick he should of came to you with… Read more »

My family are rednecks and only my mom and oldest brother accept my transitioning to a male. That is why i am 39 and just beginning yo discuss hormones with my doctor. I tried to kill my self 5 times. I have been hospitalized multiple times. Now i am almost 40 i realize i most live my life for myself and not others

Hi Vanessa, Thank you for sharing your story. I knew at 7 yrs old that I was in the wrong body. I couldnt come out then and tell anyone whatsoever. My father and mother split up when I was 6 years old. A year later I was living with my father. My first pair of panties period, I stole from K-mart. I knew that I couldnt hide myself, but had to. I began depression in at an early age. Not having any female friends when I was younger. I remember back in school, see how beautiful all the girls were… Read more »

I’ve been there too, Vanessa. There have been times when I wanted to hurt myself. I think I’m past that now. But there were some dark times. And I was married for 14 years, suppressing my true self all the while. It was actually a blessing when she left, ironically for another woman. I’m finally free to live my life. I’m not sure whether I’ll fully transition this late in life. And now there’s another woman I’m in love with and she’s not onboard with me being a woman. She supports me, but she wouldn’t stay in the relationship if… Read more »

Pulling out a pistol? I could never carry one. Too many chances for innocent people to get hurt.

As with many Peoples and Cultures around the world, there is Man, Woman and Everything In Between. So you / we are Not Alone. So as more People move about and Cultures intermixing…the greater the general understanding and appreciation for All Peoples – Humans….and the rest of the Creatures that inhabit / share the Earth with us all… ☮️🙏 ❤️

I can relate to so much of what you’ve written Vanessa and wish you all the happiness you deserve Sweetheart..Thank you for sharing.

I respectfully disagree, Bobbi Lee. We need to advocate more for the rights of transgender people. There are others who predate (physically, emotionally, sexually) upon us because of who we are and the fact that not enough of us report these vicious hate crimes. If more “gay bashers” were convicted and given even stiffer prison sentences, people might not treat us like they do. I live my life as a woman 24/7/365 and I wear womens’ clothing exclusively. If other people dislike me because of my gender expression, fine. They don’t have to live with me nor do they have… Read more »

Hey Vanessa, I am going through much the same thing right now. I just lost a good friend after 45 years that told me he accepted me when he didn’t. I live full time as a woman and I am not ashamed of who I am. I have several years of college and work in an ER. I am not stupid or disgusting and neither is any one of us. What is disgusting is the hate and bigotry that is directed towards us. I have been living as a woman for 31 years and about 20 years ago I had… Read more »

Sometimes its better to stay in the closet because people just refuse to understand the needs that us girls need to perform our life as we want to live it. Everyone should be able to live there lif as they see fit.

very nice story it hits home. I wish I had come out years back . im looking for friends that want to let me be my self

My Boyfriend and I are in couple’s counseling. We’re actively trying to save our relationship. But my Cousin’s dumb wife isn’t making it easy. She keeps saying that God made Adam and Eve, not Adam and Steve. Also, I’ve charges on her for violating the HIPAA law. She’s looking at five years in the federal penitentiary.

Pardon the typo, I’ve filed charges on her.

Hello Vanessa I think you are a beutifull and please dont look down lift your head up high and keep it there . You have such a lovely gentle face . Lance

Thank You for sharing your story Vanessa…You Are Beautiful and Strong!

Vanessa thank you for posting your story. You are a strong person and I know things will work out for you. It’s still amazes me how some people are so mean to transgendered people. God bless you.

You are a great person and always deserve the best. Growing up you have learned to submit to what others have put on you. It’s time to know yourself and forget what other say to put you down. You know what you want to do but you have allowed outside influences control you. We are ALL equal. Gender has nothing to do with kindness, it’s the shortcomings of others and they are unaware of the effects of their actions. That is their problem, not yours. You are your boss, not them. You can control what you want to let in.… Read more »

Woman becoming man of the house?